Just how different was Norfolk?

The motto of the University of East Anglia in Norwich is ‘do different’. This strapline has subsequently been associated with the wider county of Norfolk as a distinct place with its own special character. This leads us to consider to what extent, and on what occasions, Norfolk and its inhabitants have in fact ‘done different’.

England’s easternmost county, is often unfairly characterised as a simple farming region, a remote backwater, and ‘very flat’. The richness of Norfolk’s history and the true diversity of its geology and landscape are far more complex and distinctive than this would suggest; deserving to be more widely appreciated. The county is also distinctive in many other ways. Surrounded by water on all sides, it comprises almost an island. The Wash and Fens form the western boundary, with the rivers Little Ouse and Waveney in the south and the vast North Sea embracing the eastern and northern stretches. Its location, geography and climate have served to forge the character of its inhabitants over time.

Norfolk’s position on the eastern seaboard of Britain has meant that the county has always maintained strong contacts with the continent of Europe. Invasions from that direction have been a recurring theme. Norfolk’s history shows how successive waves of people and foreign influences can be absorbed, contributing to a stable and progressive society. Its history has also been inextricably entwined in a series of revolutions, in the form of historical events, ideas and through technological advances.

The county has always played a role in the wider history of Britain. It has often been at the forefront of innovation and the development of our nation, yet its history is not well known beyond its own borders. The extent to which the county and its inhabitants have ‘done different’ can be further illustrated by a series of facts that are not widely known. 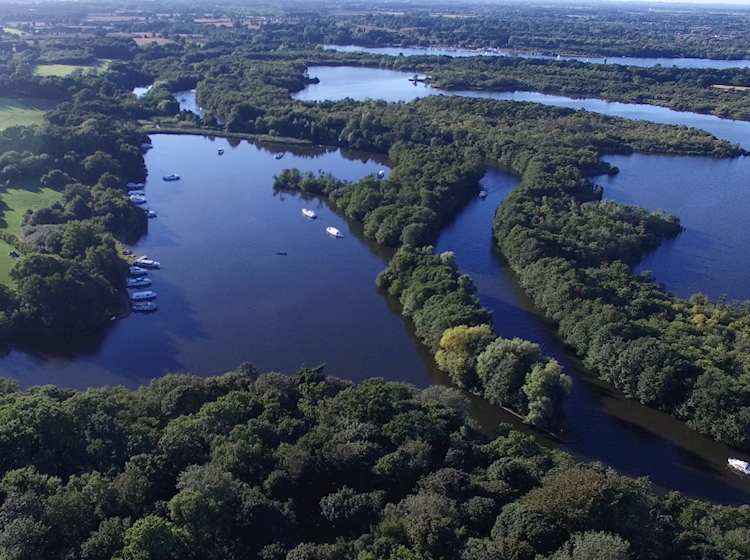 Hoveton Great Broad from the air

Norfolk’s story begins with unique fossil footprints left by a family group, over 950,000 years ago, which are evidence for the first people to ever visit Britain and which have doubled the known duration of human occupation in the whole country.

Norfolk is unique in Britain for having evidence for four species of humans. They are Homo antecessor, Home heidelbergensis, Homo Neanderthalis and Homo sapiens.

Norfolk has also been home to a great variety of exotic animal species, many of which have been well preserved in the geological deposit known as the Cromer Forest Bed. These creatures include elephants, lions, hyaenas, giant hippopotamus and, uniquely, four species of mammoths. The West Runton Mammoth, which was discovered in 1990, is the oldest and largest mammoth skeleton ever found in Britain. 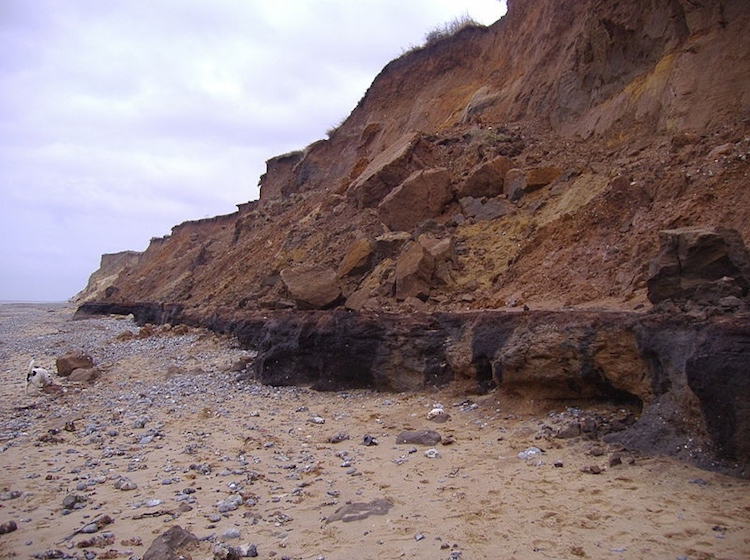 Norfolk contains some of the largest and most important Anglo-Saxon cemetery assemblages in Britain. The biggest , which is of national significance, is that of Spong Hill, North Elmham, where 2,259 cremations and 57 inhumation burials were excavated between 1972 and 1981.

Although the Vikings made a violent impact across much of Britain, in Norfolk they showed a keenness to integrate with the local population. They converted to Christianity and settled peacefully, living lives as modest farmers.

There were more medieval churches in Norfolk than in any other part of England and together they represent the highest density of parish churches anywhere north of the Alps.

Norwich Castle, which was constructed between 1080 and 1120,  has been described as, ‘the most ambitious secular building of its day in western Europe’ 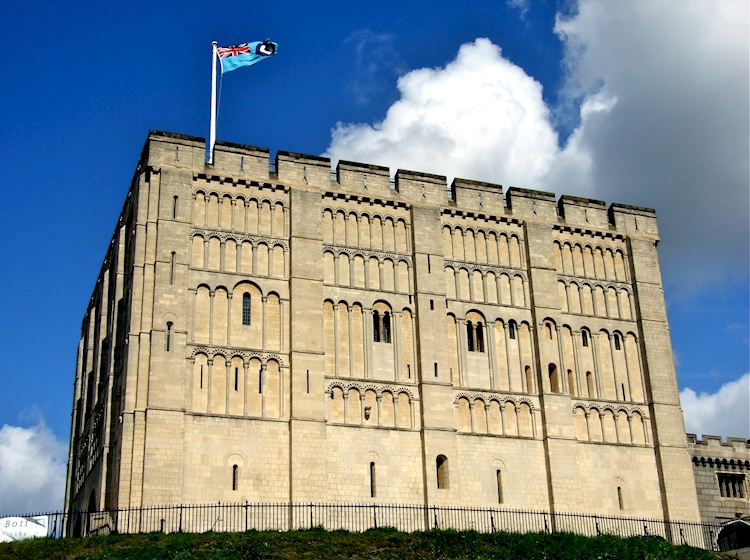 The county town of Norwich was the largest walled town in the country during the Middle Ages. It was the richest provincial city for much of the 17th and 18th centuries and was then recognised as England’s second city.

Norwich’s walls, built between 1297 and 1344, formed the longest circuit of urban defences in the country, and incorporated forty flint towers and twelve gateways.

Situated on England’s ‘front line’, Norfolk was the first English county to be shelled from the sea during the First World War

The Norfolk landowner Sir Robert Walpole became the first minister to be given the title of Prime Minister, in 1721. 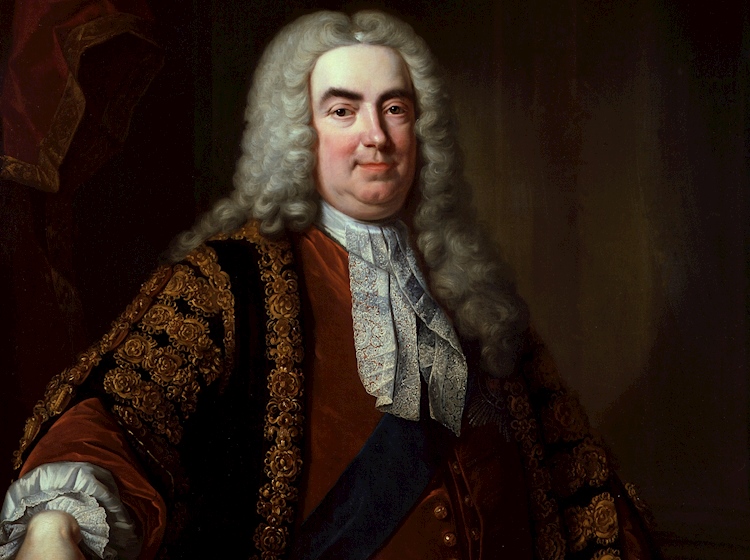 The county experienced a different kind of invasion in 1942, when the United States 8th Air Force arrived in Norfolk and adjacent counties to join the air offensive against Hitler’s Third Reich. For the next three years, Norfolk resembled a massive aircraft carrier. Norfolk’s population was transformed by the arrival of military personnel and their aircraft, in what has been termed ‘The Friendly Invasion’.

Archaeology has transformed our understanding of Norfolk’s past over the last thirty years. In these very recent times, many new discoveries of national importance have been made through archaeological fieldwork and metal detecting which have developed our understanding of the earliest periods in particular. As a result, Norfolk sees more cases of ‘Treasure’ reported than any other county.

Norfolk has been home to many nationally renowned historical characters, including Sir Robert Walpole, Admiral Lord Nelson and Thomas Paine. Others, including Queen Boudica, Robert Kett and Edith Cavell have become especially revered for standing up against the forces of oppression and against great odds.

By John A. Davies 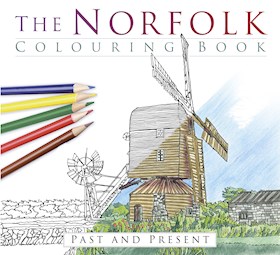 The Norfolk Colouring Book: Past and Present

The Little Book of Norwich