How the motor industry helped win the Second World War

During the Second World War the British Army underwent a complete transformation as the number of its vehicles grew from 40,000 to 1.5 million, ranging from tanks and giant tank transporters to jeeps, scout cars, mobile baths and offices. To build and maintain these vehicles was a massive task and it was carried out with the major input of British and American motor companies who switched production for the war effort.

The motor companies of the late 1930s were run by some extraordinary individuals. Lord Nuffield, under whose control came Morris Motors, was close to government but also had very clear ideas about rearmament; he was developing various tanks and aircraft well before war was declared. Sir William Rootes had, with his brother Reggie, grown a group of companies clearly focussed on the burgeoning consumer market of the 1930s, and, like Lord Nuffield, Sir William also had crucial government contacts. Herbert Austin had created a formidable business.

There were other British companies manufacturing big vehicles, whose owners had learnt much from the Great War. There were then the two major American off-shoots: Ford and Vauxhall. To complete the picture there was a whole raft of component manufacturers, Dunlop, Smiths, SU and Solex to name but a few, who were a vital part of the supply chain.

Motor companies didn’t just make motor vehicles; they made aircraft and aircraft parts, tin helmets and jerry-cans, and guns. It is probably true to say that without the British motor industry, the war might have taken a wholly different course.

Looking at individual manufacturers, it is invidious to place them in any order but that set by the alphabet. It is equally a long way from the whole story, since motor businesses large and small from across the country played their part in this astonishing enterprise.

AEC was based in West London and diverted skills and resources normally devoted to bus production to the Matador and Marshall heavy trucks. 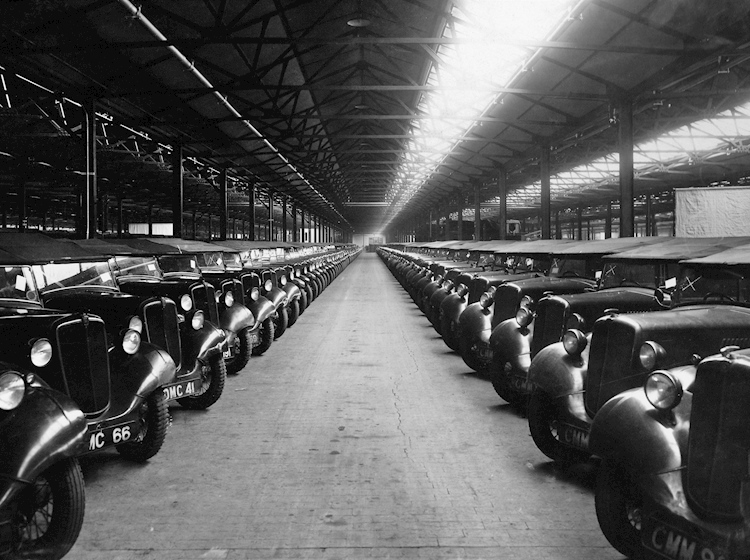 Austin Motors was based principally at Longbridge just outside Birmingham where they produced the Austin ‘Tilly’ utility vehicle and the 2 ton truck, many of which were ambulances.

Crossley, based in Manchester, produced a quad 3 tonner, alongside major vehicle production for the RAF.

Ford Motors was based at Dagenham in East London. Their war time production was clearly focussed with war office trucks code named WOT1 to WOT6. These ranged from a 3 ton cargo truck down to command and staff cars.

Guy Motors based in Wolverhampton, manufactured its Quad Ant artillery tractor. They also designed a welded armoured vehicle which were produced in large numbers by Humber.

Leyland, based in the North West, developed and produced a mobile machinery and stores truck which was also adapted as a recovery vehicle. 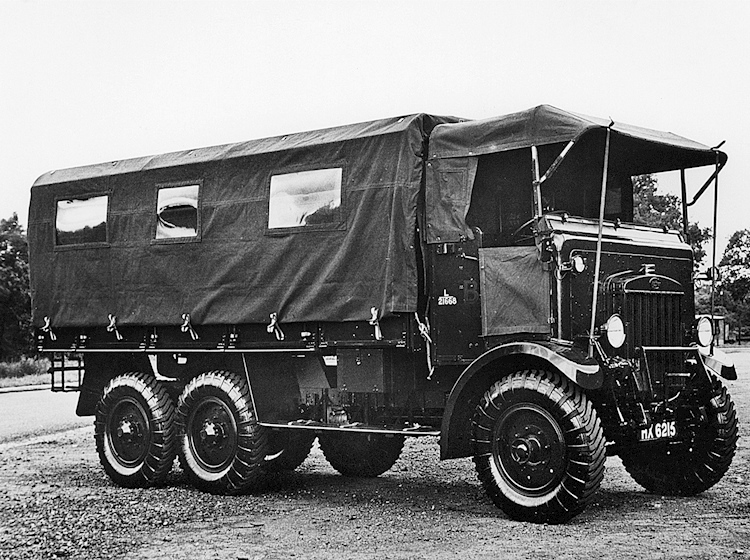 Morris Motor and other companies, including Riley and Wolseley within the Nuffield Group, had many factories including major plant in Cowley, near Oxford and Coventry. The vehicles they produced included the Morris 4x4 gun carriage and the Standard Tilly. Wolseley produced a whole range of armoured carriers. Morris also manufactured a whole range of tanks beginning with the Cruiser.

Scammell, originally based near Liverpool Street Station in London, produced the Pioneer recovery vehicle and tank transporters big enough to take a Matilda tank. At the other end of the size spectrum they manufactured the mechanical horse which did such vital work in the depots.

Vauxhall Motors, based at Luton, produced 3 ton trucks adapted to many uses, but also the Churchill tank.

The Matilda and Valentine tanks, stood virtually alone amongst the vehicles having been produced by the defence manufacturer, Vickers.

The production of the vast array of vehicles was a massive task. Yet, the right vehicle had to reach the right troops in the right place at the right time and in working order appropriate to local conditions. More challenging even than this, the vehicles had to have support workshops stocked with the right spare parts.

War on Wheels explains this massive logistics task and the people who undertook it, and also the equal challenges of making sure that the troops had everything else they needed to do their job.

By Philip Hamlyn Williams. For more on this topic visit Philip’s War on Wheels blog at www.philwilliamswriter.co.uk