My father’s clergywoman called his now almost-gone generation of Germany’s World War II war children ‘sad’ when I told her about the publication of my book Boy Soldiers: A Personal Story of Nazi Elite Schooling and its Legacy of Trauma.

After his retirement, my father had actively participated in her protestant church community. But he had not always been popular to his fellow churchgoers; his volatile temper had elicited rejections. The awareness of it had hurt him, but he hid behind a facade of indifference.  There was no way that he could express what caused his outburst let alone understand them himself. Nor was he able to express his sadness and reach out to others for comfort. He and his entire generation never talked about all the horrible things that happened to them as children. Today, trauma-trained psychologists know that such behaviors are the symptoms of war experiences that lead to severe, unresolved PTSD even in adult men.

But after World War II in 1945, a whole country was trying to rebuild itself from the ground up. There was no room for young men unable to put the past behind them. His Auntie Tali, who had enrolled him in the Feldafing Nazi school, which had led to his horrific assignment as an underage soldier on the Eastern front, had encouraged him: “Pull yourself together; all you need is a good kick in the behind.”

It was a sad generation, but it was also one of anger with a sense of betrayal that permeated their lives and shaped their behaviours. Unable to talk about it to the same adults who had sent them into the war, they bottled up their feelings, only occasionally relieving the pressure with a bout of rage. Most of their parent’s generation were afraid of being held accountable for whatever miserable role they had played in facilitating the horrors of the Third Reich. Shutting up their children was essential in maintaining a culture of silence to keep them safe from potential repercussions. 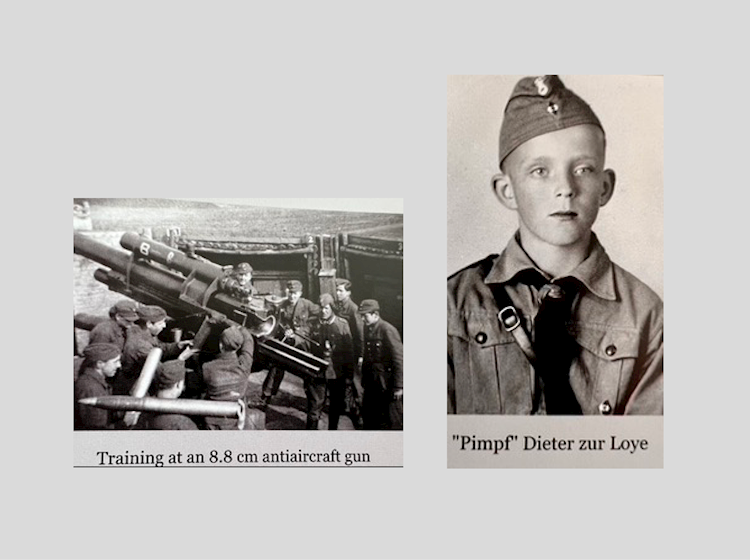 So, the former boy soldiers went to work to rebuild their country. While the world was admiring Germany’s economic miracle in the 1950s, the 1960s, and 1970s, nobody realised that for the now-adult war children, burying themselves in hard work was a coping mechanism to suppress feelings and memories that were not only too painful to face, but also broke social taboos.

It is now up to my generation, the grandchildren of war, to tell their stories for them. We are dusting off photo albums hidden for almost 80 years, showing how little boys in cadet uniforms with Swastika armbands were turned into self-sacrificing soldiers, deprived of normal childhoods.

The fates of Germany’s war children are so far, a largely untold part of history. But they are a vivid illustration of what happens when we surrender the welfare children to totalitarian regimes. It is a dire warning to a world that still sends children into war. If we do not protect them, we will find that the damage they sustain will linger with us as trans-generational trauma for many decades to come.