September 2016 marked the centenary of Roald Dahl’s birth. The celebrated author wrote many of his most popular books in his garden shed at his house in Great Missenden. Every morning for over thirty years he would travel through the garden to the small brick shed. He wrote in a customised green armchair with an improvised wooden lap desk, on a yellow notepad with six sharp pencils in a Toby jug by his side. Only when all of the pencils were dull would he return from his ‘squibbling’ to the ordinary world. 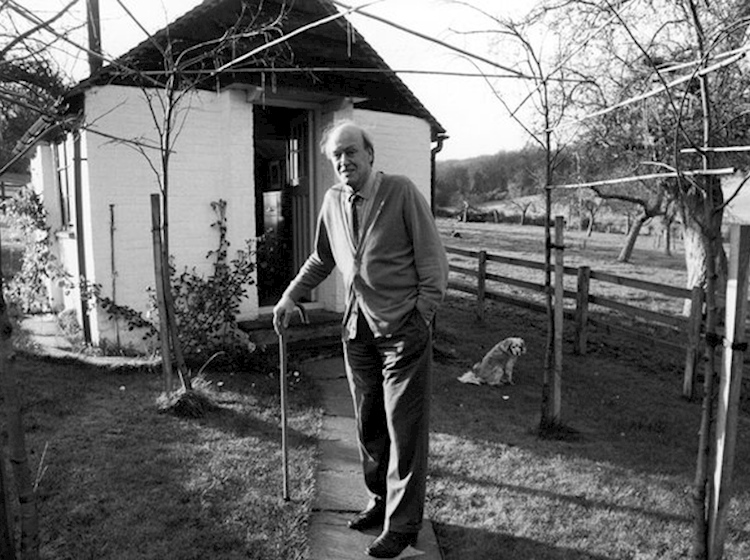 Roald Dahl outside of his shed (Time Life Images)

On his small garden shack Dahl said, ‘You become a different person…you go into a completely different world. Everything else in your life disappears and you look at your bit of paper and get completely lost in what you’re doing.’

His habit of writing in a shed follows a long line of authors who retreated from the hustle and bustle of everyday life in order to give their imagination room to roam. In fact, Dahl started writing in his garden shed after he was inspired by a visit in the 1950s to another author’s place of escape: Dylan Thomas’ Boathouse in Wales. The Boathouse’s writing shed overlooks the Taf estuary and provided Thomas with inspiration and a stable place to both live and write. 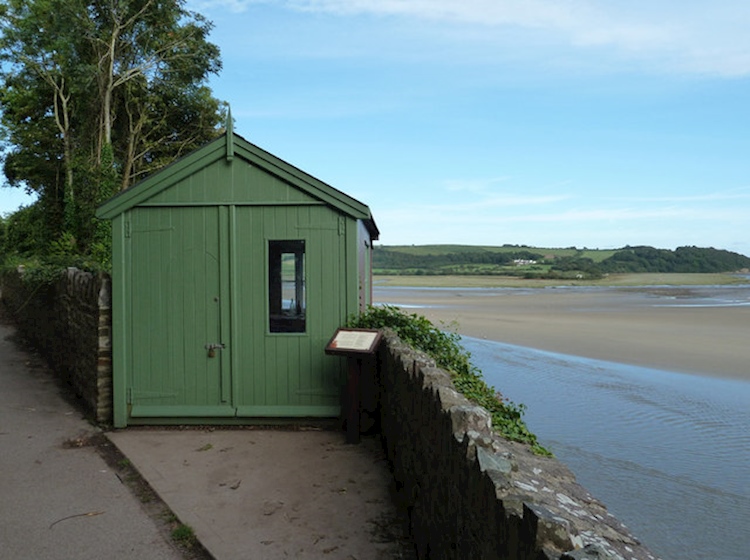 Like Thomas, American author Mark Twain also appreciated natural views from his writing space. His ornate octagonal study was perched atop a hill with large windows to take in the views of the valley. Twain wrote of the study in a letter to William Dean Howells in 1874, ‘the storms sweep down the remote valley and the lighting flashes behind the hills beyond and the rain beats upon the roof over my head — imagine the luxury of it.’ 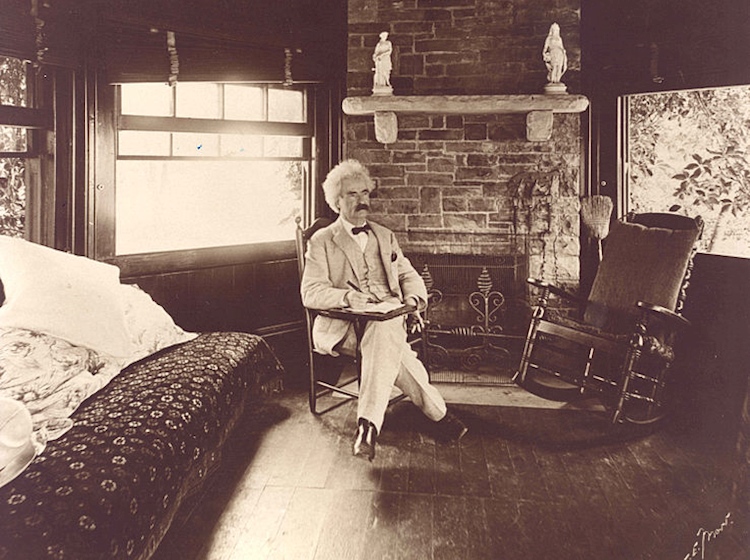 Mark Twain seated in his study

Another American author who appreciated working in nature’s elements was Henry David Thoreau. He built a small cabin on the edge of Walden Pond about a mile outside of town. He wrote Walden there mostly in solitude between 1845 and 1847. Although Thoreau praises self-sufficiency in the book his mother picked up his laundry each week. 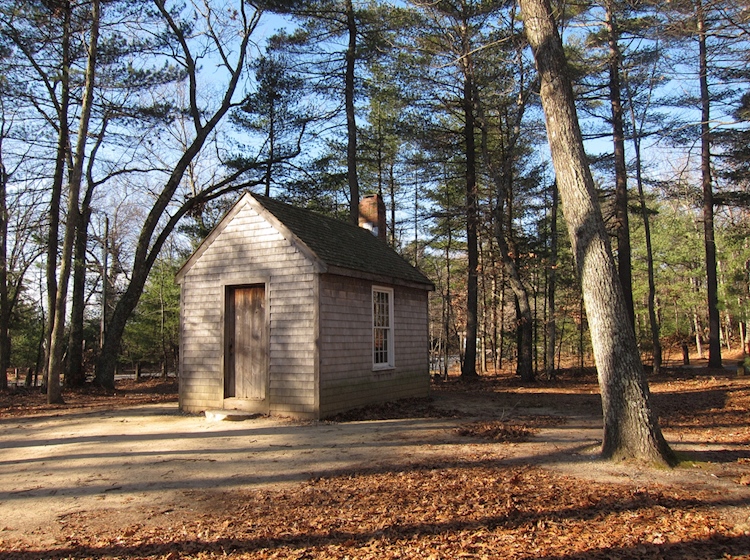 Not one to be completely cut off from the world playwright George Bernard Shaw had a telephone installed in his writing space in St. Albans. For 20 years he wrote from a shed in the back garden of Shaw’s Corner. Ingeniously the building is able to rotate with the sun for maximum light and warmth. 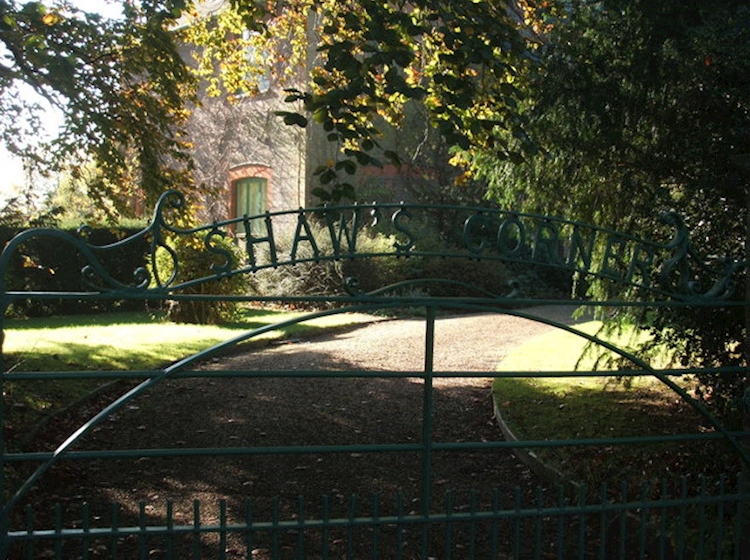 The gate at Shaw's Corner

Men are not the only ones to prefer writing in sheds. Notably Virginia Woolf wrote in a potting shed. Being away from the house was so important to her that she endured the winter months when it was so cold she could hardly hold onto her pen.

Writing spaces take many forms, from Jane Austen’s minuscule writing table to the back of Sir Walter Scott’s galloping horse (where he claims to have composed his best poetry), however each location helps an author to disconnect from distractions and tap into their storytelling craft. The popularity of solitary and basic quarters among literary greats throughout history shows the enduring value of a good shed. 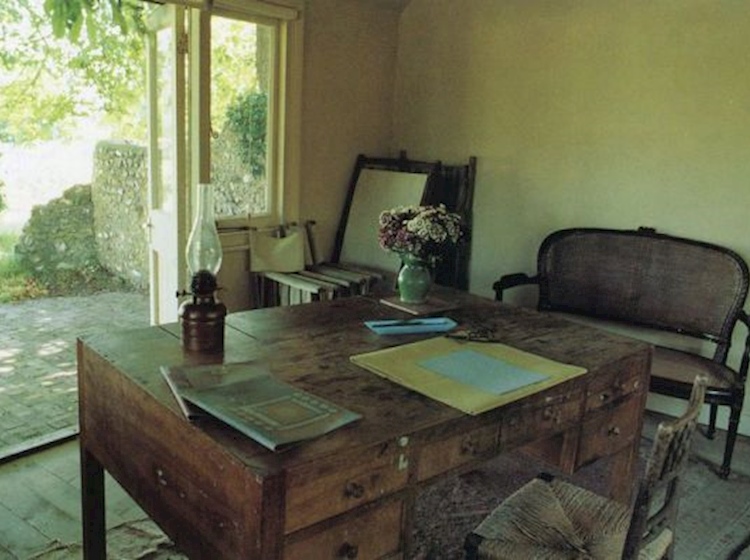