What is a river? Is it a channel of water to help drain the land? A place to get essential drinking water? A handy way to flush away our waste? A place to play, to boat, to swim? A place of mystery, full of dark creatures and danger?

Of course, rivers are all of the above, and more.

I have worked with rivers throughout my career in nature conservation. Now I’m working as a storyteller, my curiosity about the old stories of our rivers was inevitable. I set out on another quest for traditional tales, asking two questions: how do our folktales reflect society’s historical relationship with rivers? And, could these stories they help to inspire positive action for our rivers now?

The arteries of the countryside

Britain and Ireland hold over four thousand miles of watercourse. From source to stream, pool and lake, down through great rivers and their flood plains to the sea, our rivers are the circulatory system of our landscape, shaping our environment and being shaped in turn. There is no river in these islands that can be called ‘natural’ any more; every one has been affected by human activity to a greater or lesser extent. After all, rivers clean, drain, wash and dilute; they transport us, create energy and give us water to irrigate crops; they soothe us, inspire us and give us space to play.

Look closely at your nearest river, and you will probably discover that all is not well. Intensive farming, waste from a growing population, industry and development have all taken their toll, and the state of our rivers show every sign of getting worse without willing governments to defend them. Data from 2018 and 2019 showed that 65.7% of water bodies in Scotland, 52.8% in the Republic of Ireland, 40% in Wales, 31% in Northern Ireland and just 16% of water bodies in England were in good ecological status. If rivers are the circulatory system of our landscape, then the landscape is very sick indeed.

Yet rivers can fight back. As storms increase with climate change, and water rushes down through denuded catchments that cannot soak it up, communities all over Britain and Ireland are struggling with flood risk and major flood events.

There’s no doubt about it, we have freshwater challenges ahead. What advice can the old stories give us?

Rivers are powerful beings in folklore, often given names and identities all of their own – such as Old Father Thames, or Sabrina of the Severn. Our traditional stories tell of river creatures that delight in luring humans into danger, or even to their deaths: they vary according to the country and the landscape, but the horror is always there.

One of my favourite water characters is Jenny Greenteeth, a stinking water hag from north-west England whose spindly fingers grab careless children from the riverbank and drag them to a watery death. In the days when a trip to the river was part of the daily routine, to collect water and to wash, perhaps these characters gave a practical warning. But do they still hang around flooded roads, daring reckless drivers to try their luck?

River ecosystems are mostly hidden under the surface, full of magical creatures, appearances and disappearances. Celtic mythology abounds with tales of the sacred salmon, a mysterious beast that leaps and travels against the flow, swims in fresh and salt water, and across great distances to return to the place of its birth. The salmon often appears together with the hazel tree, also a mercurial bringer of wisdom – reflected in an old Irish tale of Fionn MacCumhaill.

But not all river creatures are so benevolent. There’s a powerful story from County Durham concerning the young John Lambton, who instead of attending church one morning decided to go fishing in the River Wear. John stayed by the river all morning, catching nothing until the very last minute, when he fished out a small, disgusting creature with nine holes on each side of its head. He soon got bored with the creature and threw it down an old well, out of sight.

Years went by and John went off to the Crusades. It was only when livestock started to disappear that the locals realised something was wrong. The worm, now grown, was so huge that it had coiled itself around a local hill, and it terrorised the neighbourhood, eating sheep, cattle, and children. John Lambton, returned from the crusades, battled with the great beast and killed it, with the aid of witchcraft. However, he didn’t follow all the advice he’d been given and this resulted in a family curse that lasted through the generations.

This story is clear about the consequences of irresponsible actions, and of bringing monsters to the surface but not dealing with them properly. Thinking about the state of our rivers, and the problems caused by pollution and flooding, no further interpretation is needed.

Other folk tales of our rivers, streams and pools are full of the improbable and the downright silly. I’ve been delighted to discover river pixies in Devon that chatter when they’re embarrassed, frogs that sing for their supper, a greedy water dragon in Sussex that can only be killed with a giant pudding, and an eel with a drinking problem hanging around pubs in the Midlands.

In a modern world that finds it easy to perceive rivers as little more than functional channels of water, it has been truly heartening to work with these old stories and find inspiration from the places and communities they came from. As ever, I am grateful to the audiences who have heard me tell many of these tales, and who have offered their comments and ideas to the versions you will find in the book.

I hope that this collection of stories will be useful to all those who love rivers and work to improve the freshwater environment of Britain and Ireland. If our old folk tales can help to wake our curiosity and our imaginations about these watery places, perhaps we will be one step closer to bringing life back to our rivers in the real world too. 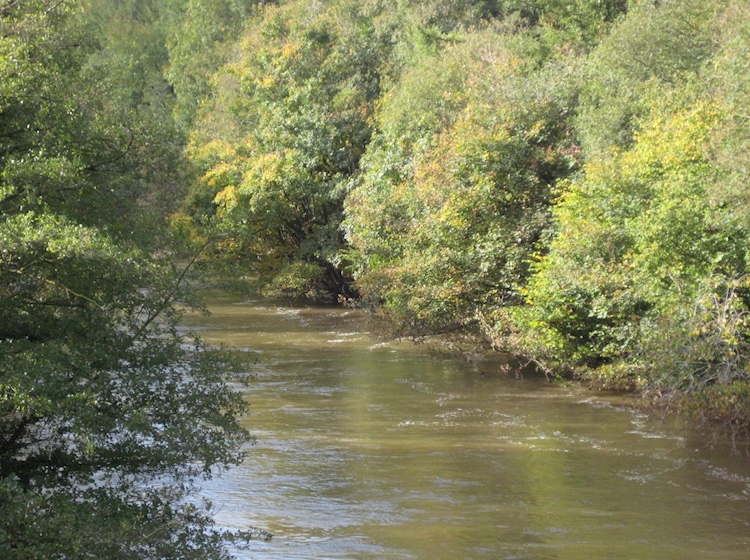 More by this author