Fitzrovia: The other side of Oxford Street

What and where is Fitzrovia? Londoners know it as a busy and densely-packed quarter of the city tucked between Euston Road and Oxford Street, with Tottenham Court Road running along its eastern edge. ‘Fitzrovia’ is the modern upmarket label for an area which used to be any thing but posh.

A working person like my mother, who lived there before the Second World War, might have said they were living ‘around Tottenham Court Road’, ‘in Marylebone’, ‘near Oxford Street’, or ‘in Soho’, even though Soho is actually located across Oxford Street to its south.

This mysterious fringe of London’s West End only became a distinct neighbourhood between the 1920s and the 1950s when Nina Hamnett and Dylan Thomas were among the writers, artists, intellectuals and wannabes hanging out in Fitzrovia’s pubs and cafés that were more excitingly off the beaten track than Soho’s. Tom Driberg, a Member of Parliament and journalist, has been credited with glamorising the neighbourhood’s image by inventing the ‘Fitzrovia’ tag due to his love for the Fitzroy Tavern in Charlotte Street. But Fitzrovia’s history is much more tied up with the working families who crowded its streets and squeezed into its ramshackle buildings than with the small ‘Fitzrovia set’. 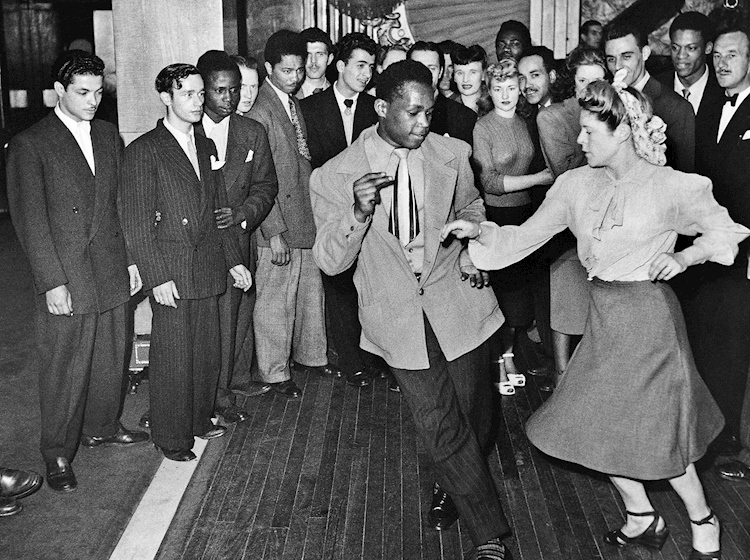 Fitzrovia was always separate from the affluent West End and had pockets of extreme poverty. At the same time, it was close enough to the West End to attract skilled workers and their families, including many immigrants. Its rents were relatively low, and it offered many job opportunities in workshops, restaurants, shops and hotels. It was vital, noisy and full of life.

The streets of Fitzrovia began to appear during the 18th century as London spread north of Oxford Street. Euston Road at Fitzrovia’s northern edge is a major highway that was intended as the northern limit of London when it was built in 1745. However, London grew so quickly after this time that buildings soon spread across Euston Road into what became Camden Town, Kings Cross and Kentish Town. From these outlying districts, Fitzrovia looked like a place belonging to the city centre. However, Fitzrovia was never regarded as being central in the same way as the West End. It was that bit further out and it was also much less important than wealthy Mayfair or Piccadilly whose influential residents often got to decide which parts of the city ‘mattered’. Fitzrovia was ambiguous: it was both ‘beyond the fringe’ to a West Ender and at the heart of London in the eyes of more suburban Londoners. This constant oscillation between centre and margin, a quality of being on ‘the other side’, has formed Fitzrovia’s character.

In the nineteenth and twentieth centuries Fitzrovia was often viewed as an unruly nameless borderland contaminated with crime, deception, poverty and sickness. However, its history reveals its vigour and ability to harness change and reinvent itself. A constant sense of movement has been conjured up by its fluid populations and the incessant economic and social change that has always been Fitzrovia’s hallmark. 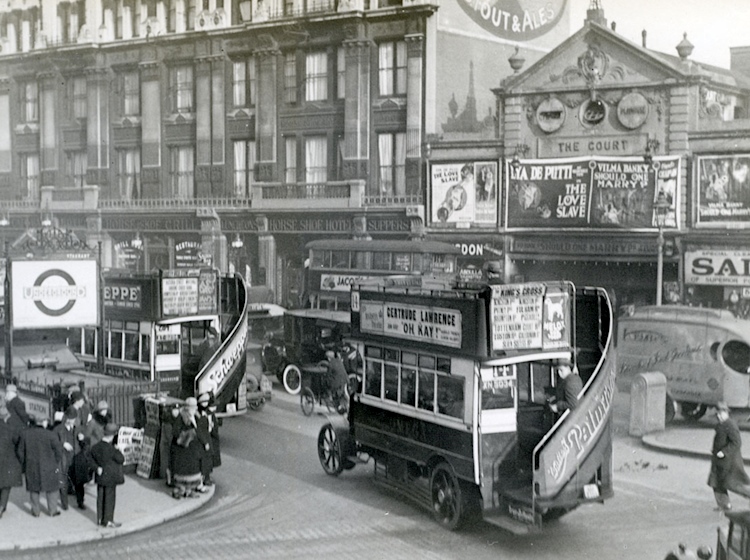 Change in Fitzrovia was even more rapid during the first half of the twentieth century. From the 1900s, Tube trains began to take thousands of passengers through it every day going to and from the West End. A booming car industry grew up there, and the women’s outerwear trade swept into the area after overflowing its traditional base in Soho. At the same time, Fitzrovia’s two ruling boroughs, St Pancras and St Marylebone, became healthcare pioneers; new entertainments like cinema and radio came in; and café life, centred on Tottenham Court Road and Charlotte Street, became a leisure pastime for working people.

Fitzrovia was home to many immigrant communities, originating from Germany, Italy, Switzerland, France and elsewhere in Europe as well as students from India and a small community of Japanese workers who made and painted paper lampshades. Some of Fitzrovia’s working people, both immigrant and British, held radical political views: the area was a haven for anarchists and socialists, many from Russia and Germany.

There was already an established Jewish community in Soho; and as Fitzrovia thrived under twentieth-century developments a strong Jewish community grew up there, too. Jews who lived in Soho thought of Fitzrovia’s Jews as coming from ‘the Other Side’ of Oxford Street: the north side, beyond the West End. The Jewish residents of Fitzrovia, in their turn, thought of Soho as ‘the Other Side’. The two groups believed themselves to be separate communities, parted by the bustling current of Oxford Street and its shops. It was a matter of note when a member of one community married someone in the other community. Yet, some other Londoners tended to think of Fitzrovia as being a part of Soho and even called Fitzrovia ‘North Soho’ at times. Once again this proves the difficulty of firmly anchoring Fitzrovia within London, either geographically or imaginatively.

There are even more ‘Other Sides’ to Fitzrovia. The ‘Other Side’ can also mean the other side of the story: the stories of Fitzrovia’s working-class people that have been little heard until recently. Today their compelling voices are starting to speak, deepening our understanding of London’s fascinating past.