The summer holidays may be nearly over, but there are still plenty of nice weekend days ahead! Come on a journey that will take you far into the past, deep into other worlds and through the seasons of the year – all without leaving Gloucestershire!

That’s the Forest of Dean, of course. It may seem an enchanted land of trees, hills and rivers and secret little villages and towns, but the Forest has a long history of industry – mining, forestry and fishing. We’re travelling to the River Wye for our first story. It’s well known that the Wye was formed when three sisters, the daughters of a Welsh giant, set off to find their destiny by the sea. Ystwyth raced off to reach the sea at Aberystwyth. Hafren choose a long route, becoming the River Severn. And Gwy chose a leisurely one, looking for beautiful places on the way; her river is the Wye. The Wye is indeed a leisurely kind of river, with lots of lovely places to explore as descends to meet the Severn in the Bristol Channel. But don’t be fooled! There are tales of creatures that lurk in the river. Left to their own devices, they’re happy not to bother people, but if you anger them, who knows what they’ll do? What are we talking about? Mermaids, of course! Head down to Brockweir, the last tidal quay up the river from the Bristol Channel. Imagine it busy with wide-sailed trows sailing up from Bristol with goods for the Forest, and with barges coming down the Wye laden with wood, coal and iron. There was a ferry across to Wales on the other side. Brockweir seems to have been a little like the Wild West – full of bustle, yes, but also a bit lawless! Far too busy for mermaids, you’d think. Well, in the daytime that may have been so, but at night and in the early morning it was a different story … Brockweir’s a lot quieter now. Could that make it easier to see mermaids these days? If they don’t show themselves, you may see kingfishers, herons – even an otter. 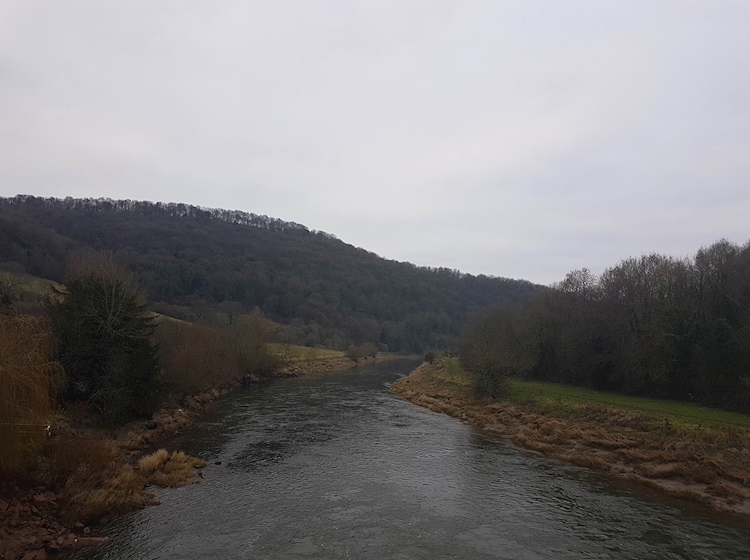 Across the Severn to the Vale

When you’ve crossed the Severn by one of the bridges, you’ll come to Bristol, and that’s where our tour takes us next. The story of Goram and Vincent comes from deep in the past when the land was still being formed, and when giants were the only inhabitants of Britain. Giants being big, you can still see the impact of the story (or rather the giants!) in the rocks around Bristol. The Avon Gorge is magnificent, but we suggest heading up to the home turf of the giant Goram: the Henbury Gorge, which you can access from the Blaise Castle Estate. You can follow Goram around on the walking trails: there’s his chair where he liked to doze; his bath and soap dish, since he was a clean-living giant; and the imprint of his foot from that time in the story when he got really, really angry …

From there travel up to Chipping Sodbury, a little market town in South Gloucestershire, where you can seek an elusive beast, a ginger tom who has a lot more than nine lives … The cat can often be seen at the corner of Wickwar Road and the High Street. The High Street’s the broadest in England, because a market was once held in the middle of the street. Today there are lots of eateries and interesting shops to explore while you scout for the immortal cat. Perhaps the kids will bring their grandchildren to look for him one day, too, since he’ll still be there! Someone who may have met the cat is the famous physician Edward Jenner, who started his training in the town, under pharmacist Daniel Ludlow. Jenner wasn’t afraid to learn from folklore – that milkmaids never caught smallpox. He discovered why: they caught the less dangerous cowpox from their cows instead. Jenner realised you could inoculate people against smallpox by giving them a dose of cowpox. He called his method ‘vaccination’, after the Latin word for ‘cow’ – ‘vacca’. But our cat, it seems, has found an even better way to keep healthy! 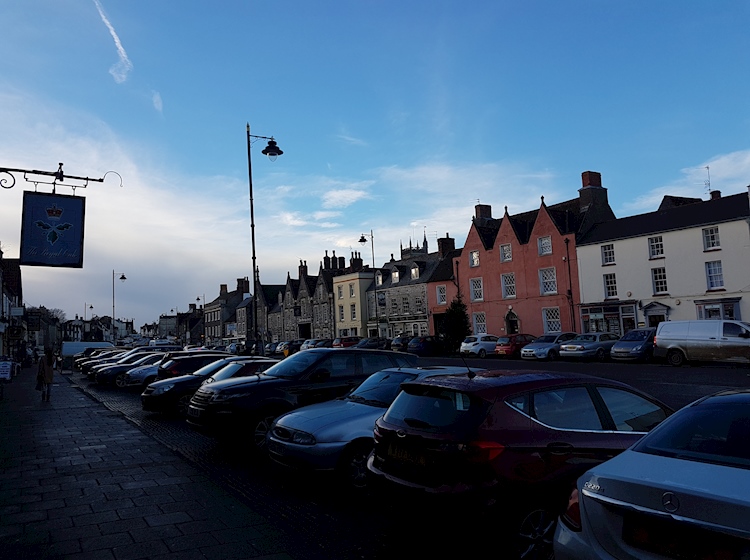 On leaving Chipping Sodbury, we travel up past where fairies frolic in Kingswood and Stroud, past Gloucester where it’s said that fairies helped the Tailor of Gloucester (but is that the true story?), and up to Coombe Hill.

If we were wary at Brockweir, we should be doubly so at Coombe Hill, because not only was the area to the north at Deerhurst once infested with dragons, a memory of which can be seen in stone inside and outside the church, but there was once an incursion by a mighty sea serpent here! Now all seems tranquil – there’s a nature reserve here, and in the summer months it’s alive with birds and insects. In winter, though, the wetland floods, and it may have been an unusually high flooding that brought in a very confused sea serpent! Fortunately, a Cheltenham man was brave enough to see if he could get rid of it. You’ll have to read the story to find out if he did.

You might not see dragons or sea serpents today – but you may see dragonflies, since Coombe Hill boasts 17 different species! Why not see what wildlife you can spot at the nature reserve while you keep your eyes open for any larger wild visitors … 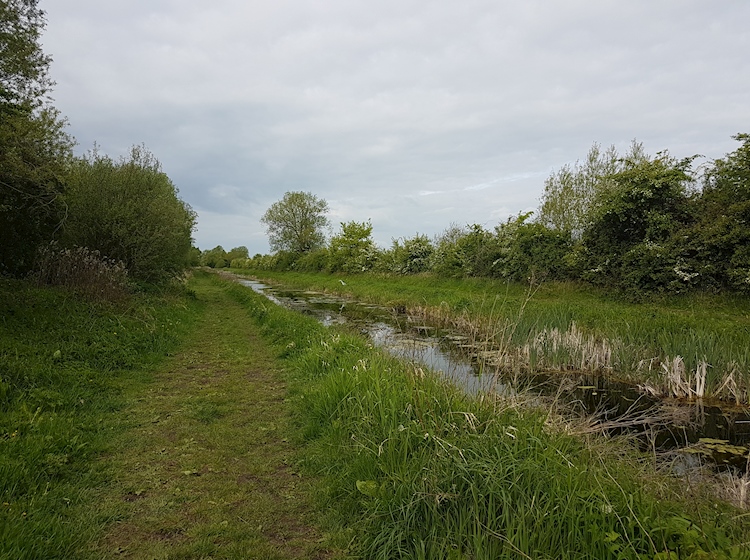 Dover’s Hill, above Chipping Campden, was one of the first natural sites acquired for the National Trust, back in 1926. It’s thought the Romans had vineyards on the hill, but many centuries later it became famous thanks to one man, Robert Dover, who instituted games that he called the ‘Cotswold Olympicks’, in 1612. He probably took over an existing Whitsun celebration, but he soon made it his own. In 1636 they were probably attended by the nephew of King Charles I, Prince Rupert, there to watch the shin-kicking, horse-racing, sword-fighting and dancing and see the King of the Hill being crowned. But not everyone appreciated the merrymaking. Only a few years later, after the English Civil War, the event was banned – along with Christmas! But the games started up again when King Charles II came to the throne. They continued until the 1850s, when they were banned once more for being too rowdy. A century later they were back and have flourished ever since. They didn’t happen in 2020 – the games traditionally take place at Whitsun, in late May – but they will come again next year.

Though there were no Cotswold Olympicks this year, why not recreate some of the games (maybe not shin-kicking!) on the hill, or bake some Whitsun cakes to eat up there. Some of these cakes were like Eccles cakes, full of raisins, and some used gooseberries and elderflowers, just coming into season at that time of year. 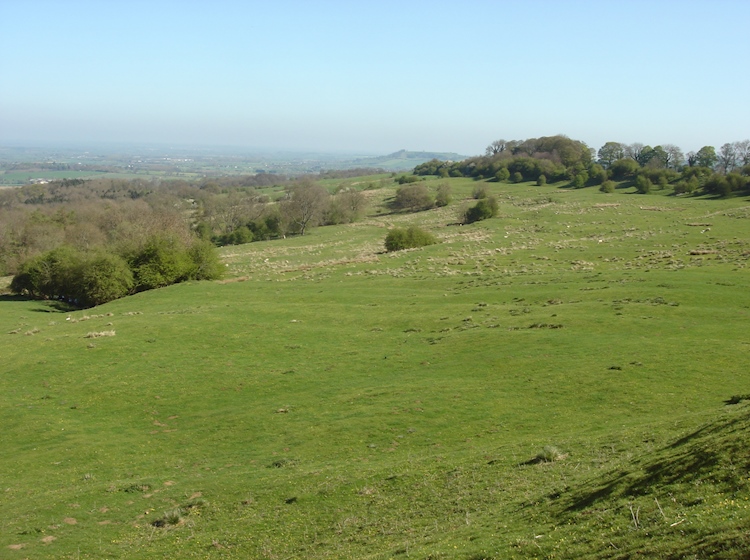 But right now we’re in harvest time, when the wheat and barley are taken in. You can find out about harvest customs – some good, some naughty! – in the story ‘Harvest Home’, which takes place on the edge of the Cotswolds near the other vale in Gloucestershire, the Thames Valley. The story was collected by Alfred Williams, who lived and worked over the border in Wiltshire a hundred years ago and would go out on his bike to collect songs and stories from the local people.

From the Thames Valley, head back towards Gloucester, past Minchinhampton Common, where once people celebrated Midsummer with sacred fires, and past Painswick, where a girl in another story gets very wet trying to reach the city to see her mum on Mothering Sunday. 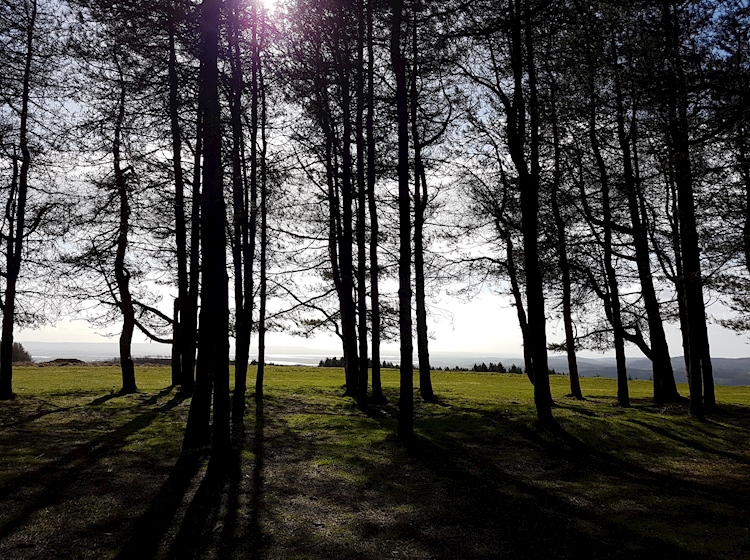 Back to the Forest

We come full circle back to the Forest – this time its northern edge, and a hill you can see for miles around: May Hill. It’s perhaps called that because of the celebrations that took place on the hill, which you can read about in our story. If you go up to May Hill just before dawn on May Day you’ll find a troupe of Morris dancers ready to dance in the summer. You could have a dance when you’re up there – or maybe just get to know the place by noting what kinds of trees there are and seeing how far you can see from the summit. You may be able to see as far as the Brecon Beacons in Wales. But the question is: is buried treasure to be found somewhere inside the hill? Legend says there is. Although it was a tragedy that put the treasure there, that hasn’t stopped people trying to reach it through the tunnel that runs through the hill. Would you dare go down to retrieve the prize? I know I wouldn’t!