One of the most evocative descriptions of the Essex landscape is the first chapter of the Sabine Baring Gould’s book Mehalah. He writes of Mersea Island, ‘A more desolate region can scarcely be conceived and yet it is not without beauty.’ This is true of many Essex landscapes that inspired powerful ghost tales.

The lonesome roads and creeks around the villages in the Tollsbury area have seen sightings of the alarming supernatural dog called Black Shuck. Further south, a milk maid passing Hadleigh Castle ruins caught a glimpse of the White Lady and was punished with such a cuff that it almost dislocated her neck and the poor girl was always known as ‘Wry Neck Sal’.

The most well-known ghost is the Roman centurion of Mersea Island, who marches down from the Barrow to the Strood to make his way to Colchester. His story was made popular by Jane Pullen, the landlady of the Peldon Rose and this is how she describes him:

“He came down from the Barrow Hills. The steady tramp of a man’s feet like a soldier marching and he caught up with me and walked all the way to the Strood.

I could see no one, yet the feet were close behind me, as near as I could have touched him. I bopped down to look along the road in the moonlight yet no one was there. Still the feet kept on. I walked along the road until I came to a man I knew well. He was all of a tremble. He shook like a leaf.

‘Keep along with me,’ I said to the man ‘and no harm will come to you. ‘Tis only one of those old Romans come out of the Barrow to take his walk’.”

It was another island that was to inspire an even more dramatic epic – The Battle of Maldon – one of the treasures of English poetry. Apparently there was an attack on Maldon in 991 by a group of Viking raiders who first began their attack on Northey Island. Byrthorth, the Anglo- Saxon leader, made the blunder of allowing these Vikings to leave this island to fight on the mainland, which was to result in the Vikings winning a victory and Byrthnoth’s death.

Another Viking battle involved a site near Canvey Island, where Hasten the Viking leader had set up a fortress and as a place to build his ships at Benfleet. After an absence on a plundering raid, Hasten comes back to find his ships have been burnt and his women folk in danger. In later appearances as a ghost, he stirs up pity rather than fear as he mutters, You don’t understand. I lost me country. I lost me ships. I’m a lost man.’ Ironically in 1855, the burnt timbers of Hasten’s ships were found by the navies who built the local railway.

The bleak landscape of Canvey Island was known to Charles Dickens and it appears in Great Expectations. I have always nursed a suspicion that a folk story about a local girl who lost her lover at sea and comes haunting down the main street in her wedding dress may have been the inspiration for Miss Havisham.

The profusion of ghost stories along the coast has its reasons. Many of these tales cover up the activities of smugglers. Rowhedge had a wonderful old villain who hid the smugglers’ booty under his bed as he lay dying and in the process passed away, happy to have outwitted the excise men. William Bligh of Paglesham hid his contraband barrels of rum and brandy up the church tower or in hollow elms.

Popular folk heroes often operate outside the law. In Essex in the 18th century, the favourite villains were the highwaymen. Dick Turpin in Epping Forest was too brutal and his life glamorised too much. Stephen Bunce, however, had a more playful approach. He persuaded a fine gentleman to give him his horse to hold while Bunce apparently listened to the fairies. Bunce was able to run off with the horse and make one of the local landlords give him 15 guineas.

There is more… this striking county inspires storytellers of all kinds for a wide range of audiences. 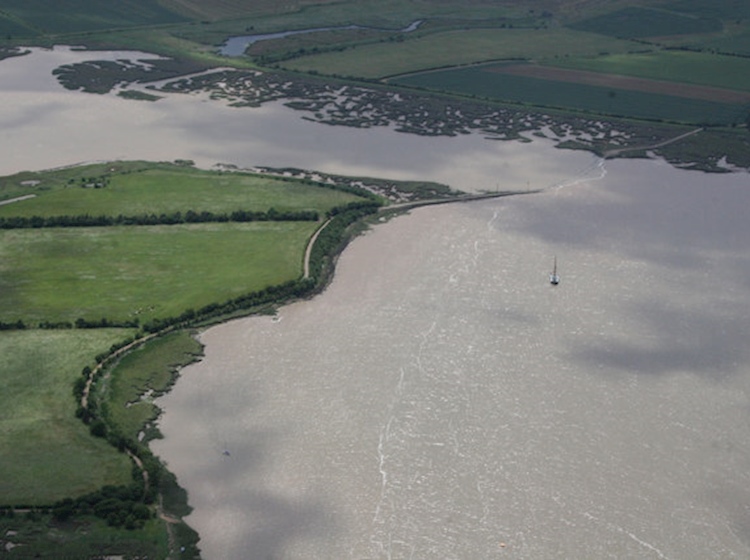