Artist Tony Booth worked in Liverpool during the early 1960s, just around the corner from The Cavern Club and close to The Beatles’ manager Brian Epstein’s office in Whitechapel.

Booth’s work caught Epstein’s eye, and he would go on to produce posters, printed leaflets and a wide variety of publicity and display material for Epstein’s artists, most notably for a young four-piece beat combo called The Beatles. Alongside his work for Epstein, Booth produced hand-painted gig posters for many promoters, including Sam Leach, Alan Williams and The Cavern Club’s DJ Bob Wooler, who also promoted many of the big events.

This is one of the many posters that were usually pasted up at the entrance to the Cavern Club or just inside. This particular hand-painted poster is one of the very few Tony Booth originals that still exist after more than fifty years and was sold recently by Christie’s of London to an American collector for £27,500. 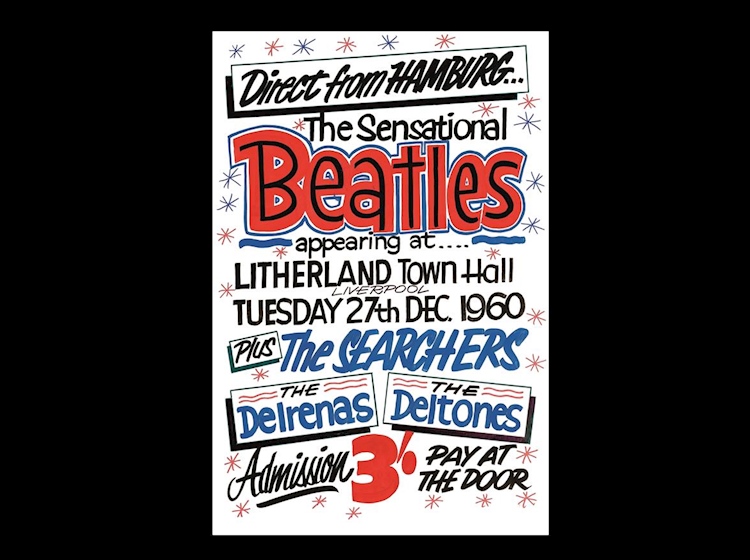 This was the very first time the Beatles appeared at Litherland Town Hall. They later went on to perform here on a total of twenty occasions. Although the poster is headlined ‘Direct from Hamburg’, this was actually their third performance since returning from Germany. 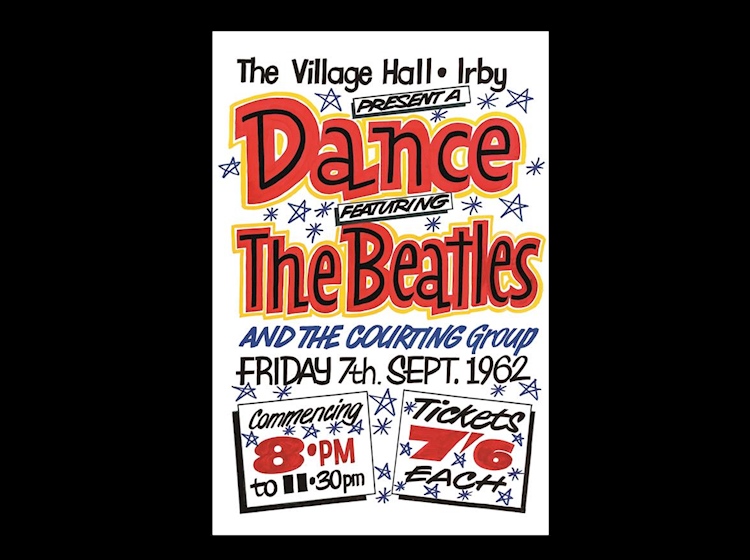 A poster from one of only a few gigs played by the Beatles that were a massive flop. Only around 100 people attended, which meant the promoter did not have the money to pay the band their full fee. The Village Hall organised a jumble sale to raise the remaining money owed to the acts. 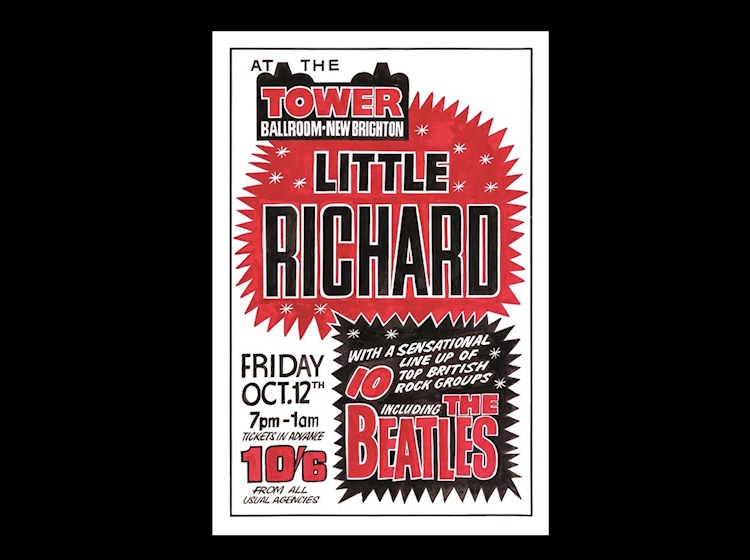 America’s ‘fabulous’ Little Richard (The Fabulous Little Richard was one of Little Richard’s albums) was one of the world’s greatest rock ’n’ roll performers. He topped the bill in this Brian Epstein production, which lasted over 5 hours and was a huge hit. The Beatles were billed as the supporting group. Other top Liverpool groups were not even mentioned on the poster. This was all part of Brian’s strategy; he thought that having the Beatles billed with Little Richard would give them the boost they needed to get higher up the charts. 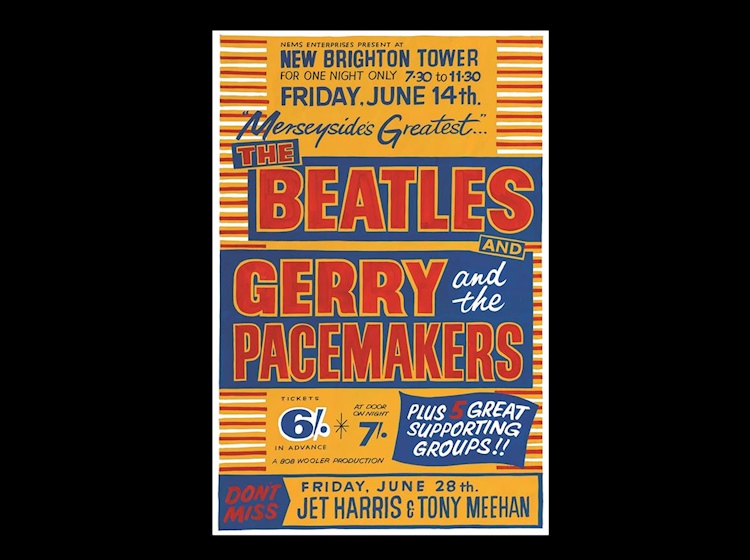 Extracted from The Beatles in Posters by Tony Booth