Catherine, William and Anne Parr were born within a short four-year span, between the winters of 1511-12 and 1515-16. Close in age, they became emotionally close to each other as children, a bond no doubt strengthened by the early loss of their father. As adults, they continued to rely on each other for emotional support, as well as for more concrete reciprocities. Their lives entertwined in a way that makes it difficult to tell the story of one without the inclusion of the others.

The Tudor age particularly was an age of families, great and small, aristocrat, gentry, yeoman and peasant, whose members attempted in a myriad of ways, legal and illegal, moral and immoral, to raise both themselves and the family groups to which they belonged into a higher sphere of property and influence than the one to which they had been born. Even queens were an integral part of this family social system, acting not alone but in concert with the interests of kith and kin. They were, in their own minds as well as those of their subjects, identified by their kinship groups, owing and generally acting upon an allegiance to the higher aspirations of mother, father, brother, sister, uncle, aunt and cousin. Family solidarity could and did raise an entire group by virtue of one successful individual. Men such as William Paget or William Cecil, women such as Jane Seymour or Catherine Parr, pulled in the wake of their rise whole cadres of cousins behind them. Nepotism was not a pernicious anomaly, it was a sacred obligation. By the stroke of a pen on a royal marriage license, Catherine Parr took her family where no Parr had gone before, into the highest strata of court society. That they managed to remain there after her death owed as much to their own talent and shrewdness as to their relationship with a Tudor queen of England.

A true understanding of Catherine Parr as queen comes only with an understanding and assessment of the family from which she sprang and which throughout her life she held in abiding affection. In chess, a game that Catherine played, the queen’s gambit is a move which places the queen in jeopardy, or even sacrifices her, to gain a tactical advantage for her side. To a greater or lesser extent, all of the families who provided queens for the uxorial Henry VIII engaged in this move. Henry, himself, sacrificed four queens by divorce or execution to attain a perceived advantage. For Catherine Parr, the queen’s gambit not only provided place and patronage for her family, it accelerated the pace of the reformed religion, ensured its continued integrity into the next reign and guaranteed the survival and preparation of her stepdaughter Elizabeth to preside over the glories of the Elizabethan age.

Where William and Anne Parr have been generally ignored, Catherine Parr has been marginalized in much of the literature of the period due primarily to a lack of research into her life and activities and a consequent lack of understanding of her seminal importance to the power politics in the final years of Henry VIII’s reign. Married by the king solely on the grounds of her nursing abilities, so the popular story goes, romanced by her fourth husband, Thomas Seymour, when he failed in his attempts to attach the affections of the fourteen-year-old Princess Elizabeth, and generally consigned to a role draped in the crepe of religious gloom, Catherine Parr has failed to arouse the imagination of romantics. This is unfortunate, for her life contained all of the elements so beloved of romantic fiction – personal peril, clandestine romance, war, political intrigue, jealous husbands and royal matrimony. Her character, so often misconstrued, was passionate, vital and at times dangerously impulsive. More importantly, the lack of serious, sustained attention to the life and works of Catherine Parr has had the result of burying her real importance in a number of areas behind the hotly debated questions of her birthplace, her capabilities in Latin and her influence on her stepchildren.

This narrow viewpoint has created a distorted picture and afforded only an incomplete account of the politics of the latter half of the sixteenth century. For Catherine Parr was a strong-willed and outspoken woman, a committed player of power politics, an active patron of a multitude of arts taking shape in the emerging English Renaissance, a vigorous contributor to and supporter of the English Reformation and arguably the first Protestant queen of England. She acted as Regent-General for the nation in 1544 and fully expected to be appointed so again at her husband’s death when her young stepson ascended the throne as Edward VI. That she was not so appointed had more to do with Henry’s vagaries at the end of his life (or perhaps with the post mortem changes to his will by others) than with her own proven abilities. The queen’s belief in the moral right of Mary to be included among her father’s heirs led Catherine to mount a persistent and ultimately successful campaign to reinstate her eldest stepdaughter in the royal line of succession, an act whose consequences would echo through the critical years following Henry VIII’s death.

Catherine’s own commitment to the new religion was zealous and absolute but it was not exclusive. Both her compassion for Mary and, just as importantly, her passion for Thomas Seymour caused her to make compromises with her conscience and in the latter case, with her own good sense. Yet in the cause of her religion, Catherine was an energetic advocate. Her involvement with the great translation project of Erasmus’ Paraphrases, with the King’s Primer, with the translation of Bishop Fisher’s Psalms or Prayers, as well as the volumes published under her own name, present a clever woman diligent in her attempts to provide resource materials in the vernacular for the new religion. The list of her ecclesiastic protégés – Matthew Parker, John Parkhurst, Miles Coverdale and Nicholas Ridley – contains most of the architects of the reformed religion. In 1545, she appears to have encouraged Henry VIII to attempt the formation of a Protestant League, a radical political move for a Tudor consort and one in which her personal secretary was employed as secret ambassador to the European Protestant princes.

The increasing radicalization of Catherine’s religious and political views, and her willingness despite cultural restrictions on women to vocalize them, brought her enemies like the wily Bishop of Winchester, Stephen Gardiner, who plotted against her life and nearly orchestrated her arrest and execution in 1546. Catherine’s sexual infatuation with the mutually enamored Sir Thomas Seymour, which began before her marriage to the king and ultimately led to an ill-advised clandestine marriage just months after Henry’s death, further alienated her from her former friends at court and diminished her influence with her royal stepson, Edward VI. Although she outlived Henry VIII by less than twenty months, the actions and events of Catherine’s life were to have a ripple effect for the next fifty years. 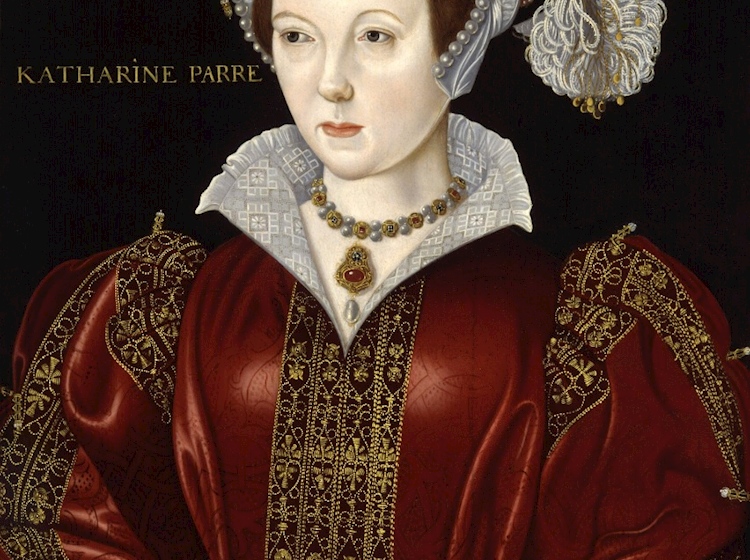