Since the age of 11 I have had a fascination with disasters, particularly the lost ships of the world but this soon extended to air disasters and then it spiralled into an archive of information that I have now. As many people know I have written over a dozen books on disasters, starting with the Great Gale of 1871 in my home town of Bridlington which saw 28 ships sink in one horrendous day, over 50 lives were lost and the two town lifeboats put out of action.

But as time went on there were many disasters that I would come across, many of them being so forgotten that there is no memorial, no books, no TV drama and in some cases it would only be an accidental acquiring of a newspaper report from over a century ago that would lead me to discover more. But despite many of these forgotten events, it came to my attention that there were some that had a memorial to their victims already placed. As with any tragic death, it is the relatives and friends of the deceased that are affected the most, not to mention if there are any survivors who have to suffer the PTSD for years to come. But as the years go by the stories get lost, so this is where I come in.

The History Press decided to publish a book of these largely unknown incidents and so the hard part for me was which ones to put into print. It was then a three year whirlwind of visiting places around the UK to try and find as much information as possible to add to their stories. The first one (I did the chapters in date order) was the Southampton fire of 1837. I had known about a tragic fire in the area since 1997 when I first visited the city but never looked into it any further. It turned out that just down the road from the blitz-damaged ruins of Holyrood Church was a warehouse that, on the night of 7 November 1837, had a small fire that soon grew to be a raging inferno. The locals nearby tried to help extinguish the blaze but there was no hope. 22 people were killed, their names now forever engraved on either side of the entrance to the church.

Over 300 miles north is the seaside town of Whitby, a place on the North Yorkshire coast that I have visited on many occasions, not least to see the lifeboat house and the memorials to the sinking of the hospital ship Rohilla during the First World War. On the top of the cliffs stands Whitby Abbey, overshadowing a small church where there is a memorial to the lifeboat crew from 1861. Like Bridlington, Whitby suffered the same stormy problem exactly ten years and one day before the Great Gale of 1871. Only this time it was the lifeboat crew who died after heroically rescuing the crews of several ships despite overwhelming cold, storms and exhaustion. Of the 13 crew members, there was one survivor and that was Henry Freeman. He later went on to be coxswain of the RNLI lifeboat and his grave today reflects his heroic career, as does the lifeboat museum in the town.

The next memorial I wanted to write was that of the Hull Paragon railway station disaster. It was 14 February 1927 that a mistake at a signal box caused two trains to be on the same track on a collision course. A train out of Hull and a train entering the station from the small town of Withernsea smashed into each other and caused carnage. Eight people were pronounced dead on the scene, four more would die later, most of them from Withernsea. The survivors were left with horrific injuries and walls had to be broken down in order to extract the victims from the railway lines and get them to hospital. Today the area is still in use, although the Withernsea line is long gone. A memorial plaque with an information board sits behind the Hull Royal Hospital overlooking where so much sadness reigned 95 years ago. Due to the fact that I have since had further information on this disaster, and that I had already written about the other two disasters on this same line (Lockington in 1986 and Burton Agnes 1947), it is my intention to write a book solely on this crash.

Over to the Isle of Wight was another adventure to the museums and monuments of Britain, so many interesting places including castles. But up on a hill on a quiet country road near the village of Brook is a scarred piece of chalk cliff, the site of the crash of a passenger flying boat. On 15 November 1957 Aquila Airways flying boat City of Sydney took off from Calshot with 58 people on board, but immediately had an engine failure that caused it to be turned back. The aircraft slammed to the ground and what is actually incredible is that 13 people survived. This became England’s worst air disaster at the time and Britain’s second worst. At the foot of the cliff a memorial stone marks the spot where you can stand and look up at where tragedy struck, another plaque is in the nearby Brook church.

Scarred chalk cliff near the village of Brook, Isle of Wight, the site of the 1957 Aquila Airways flying boat air disaster

Now what is incredible about this next disaster is not that it occurred in a place just as quiet and peaceful, but that two similar accidents happened here almost fifty years to the day between each other. On 10 June 1925 a day out on board an open top coach turned to disaster when one of three in a line, carrying 23 passengers, suffered brake failure on a hill near Grassington, North Yorkshire. The coach smashed through the wall of Dibbles Bridge and landed upside down killing 7 people. Fast forward five decades, on 27 May 1975 and the exact same thing happened with a party of pensioners, the coach landing in the exact same place, only this time it became (and still is to date) Britain’s single worst road disaster with 33 killed. Most people came from the town of Thornaby and the town has put a lot of effort into making sure their residents are remembered by placing several memorials around the town, but the fact that the two disasters are so similar is nothing short of eerie, especially when you compare the two images.

London has seen its fair share of tragedy over the years. I have already written about the Moorgate tube crash before and future projects include the sinking of the Marchioness on the Thames. But in the early 1980s, two fires just months apart would provide many headlines. The first was when an illegal drinking club was firebombed by a disgruntled customer, killing 37 people in August 1980 (the killer was jailed for life) and then in January 1981 a party in a house at 439 New Cross Road had fire brigades race to the scene to be met with carnage. To this day nobody knows exactly how the fire started, many people believe it was arson yet with no concrete evidence this is merely speculative as all signs point to an accident. 13 people died in the blaze, a friend of the deceased later committing suicide. A plaque on the side of the house today remembers the 14 who died. To this day the New Cross Fire is steeped in controversy.

One chapter that did shock me as being forgotten was the explosion at a valve house for the water company in the village of Abbeystead in Lancashire in 1986. During a tour of the plant, several locals were being shown around to allow their minds to be put at rest over fears that the station was causing a flooding issue nearby. What nobody knew is that there had been a build-up of methane gas that had been released over time and when a demonstration was taking place of the water pumping, this gas was released and all it took was a cigarette. A resulting explosion ripped into the tunnels and lifted the ground above their heads. 16 people were killed. A small plaque remembers those who died but the name Abbeystead is barely remembered by anybody other than those familiar with this tragedy.

When I talk of forgotten disasters, I don’t ever think that people live at the site of a place like this and don’t know a thing about it. But when I visited the village of Dunkeswick 20 years after 12 people were killed in an air disaster it shocked me that people can be so unaware of their local area. We are talking about people living in the next field! But on 24 May 1995 a dense fog rolled over the Leeds area and as Knight Air flight 816 took off from Leeds-Bradford Airport it soon became apparent that their artificial horizon was not working properly. The pilots could not tell which way was up and the Embraer Bandeirante plunged into a farmer’s field with no survivors. The nearest church at the tiny village of Weeton has a memorial in their grounds.

Each of these disasters made headlines at the time and for those involved in the rescue operations, the recovery of bodies or even surviving the injuries, they will never be far from their minds. But once the press have walked away and moved on to the next story, many of these tragedies will once again be left alone. Only the history books can now tell these stories.

Nobody is alive that remembers the Whitby storm or can tell us what survivor Henry Freeman was like to talk to. I have written down as many as I can and my work will keep on going for many years to come. These disasters here have all been given memorials in one way or another. Many other stories in my book have nothing. The Hosier Lane family massacre of 1869 has nothing, the street itself devastated in a World War II air raid. The site of the Ronan Point tower block that collapsed in 1968 is not marked. An explosion in an underpass leading to Hull’s fishing docks has nothing but graffiti on its walls and the terrible memories of 19 people being burned, two of them fatally.

So today I continue my work and at this moment have already researched more about the Hull rail disaster, got funding for a memorial to a sinking ship during World War II, got more books ready to be released and, of course, renewed my National Archives reader card ready for the next step. If anybody can help add further detail to my archive about any of these disasters, or indeed ones that I have never written about, then please get in touch via email - shipwreckdata@yahoo.co.uk.

The impact of disasters 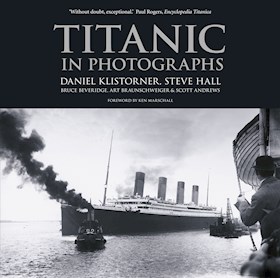