Black women of World War One

With only a few exceptions, such as the Crimean war ‘doctress’ Mary Seacole, black women have been ‘written out’ of British history. This is true of the many books published about Britain and the First World War and yet it is possible to uncover life stories from this ‘hidden history’.

During the Great War black and mixed-race women broke down barriers at a time when contact with them in British society was minimal. Importantly these women offered an alternative to the racial stereotyping at that time in literature, silent cinema, or on stage as bandanna-wearing mammies and other racial caricatures. For example, in music halls, the refinement of glamorous stars like Belle Davis and Cassie Walmer, militated against the stereotypical image of black women in Britain.

A black nurse photographed in 1915

We may never find out the name of the nurse who was photographed at a soldier’s convalescent home in Surrey in 1915, but we know she existed in a profession that operated a ‘colour bar’ until the 1930s. We may never find out the identity of the happy, smiling face of the munitions factory worker in Bradford in 1917, but her appearance demonstrates that some black women successfully integrated into war work. Thanks to the Liverpool historian Ray Costello, we know that one of his mixed-race aunts was a seamstress who made caps and uniforms Liverpool’s Lybro Factory. He explains that the factory was owned by Quakers and was one of the few that would employ black women in Liverpool.

Black women from the working-classes were often forced into low-paid professions by taking such jobs as domestic servant or seamstress. When London-born Esther Bruce left school in the mid-1920s she experienced both. Exploited in domestic service, her Guyanese step-mother taught her to sew and this was the profession she remained in until she retired at the age of 74. In her memoir, published in 1991, she recalled her childhood in the Great War: “At school we made things for the troops and waved a Union Jack at soldiers marching along North End Road.” Esther also remembered a Zeppelin appearing in the sky at the end of their street, over West Kensington station. Fortunately, it did not drop any bombs.

Amanda Ira Aldridge studied at the Royal College of Music

Black women from the middle-classes fared better. The composers Amanda Ira Aldridge (who studied at the Royal College of Music) and Avril Coleridge-Taylor (who studied at the Trinity College of Music) forged their own paths, breaking down barriers in the male-dominated world of ‘serious’ (classical) music. The Jamaican-born Vera Manley won a Commonwealth scholarship and studied music in London before she became a music teacher in Britain. On an extended visit to Russia in 1916-17 to study music, she witnessed first-hand the Russian Revolution. In a letter to her family Vera gave a detailed eyewitness account of that terrifying event.

Kathleen Easmon, born in Sierra Leone, was brought to London as a young child by her widowed mother who wanted her to have an English education. Kathleen attended Notting Hill High School for girls before studying fashion design at South Kensington College from 1910-14. She then became an associate of the Royal College of Art. She remained in London during the war before returning to Sierra Leone in 1917.

In 1914, just before the outbreak of the Great War, the Trinidadian teacher Audrey Jeffers arrived in Britain to study social science in London. During the war, Audrey became involved with and served among the West African troops. She put her organisational skills to good use by forming a West African soldiers’ fund, collecting financial contributions from fellow West Indians in London. 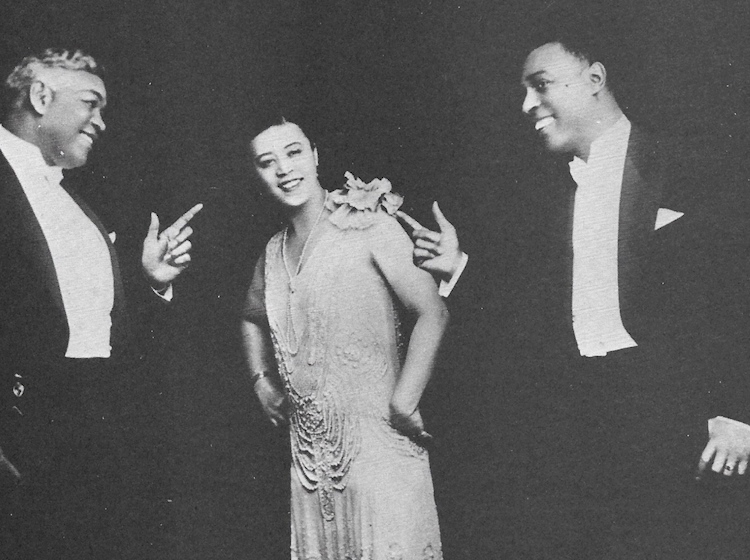 Mabel Mercer came from humble beginnings in Staffordshire and trod the boards throughout the First World War in music halls. In the 1970s she gave a first-hand account of her experiences of those early, formative years in show business. By the 1970s she was one of America’s most influential cabaret artistes and Frank Sinatra said she taught him everything he knew about a lyric!

Not all black women were fortunate. In 1919, in Ealing, west London, Grace Ann Stevenson, a 38-year-old domestic servant who had left Jamaica in the Edwardian era, committed suicide. Isolated and unhappy, she couldn’t afford to return to her homeland. She left a suicide note: “I am a lonely broken-hearted girl, and I have no-one in England…I cannot face the world any longer; it is too hard.”

Grace Ann might have had a chance at surviving her ordeal had she contacted a black-led organisation like the League of Coloured Peoples, but that did not come into existence until 1931. In 1919, most black people who lived and worked in Britain would have had contact with other members of their community, whether in their families or as friends. Grace Ann had no one, and in desperation she took her own life. Though black settlers had been here since at least the 1500s, she could not have known that her death coincided with the beginnings of what we now know as Britain’s modern-day black community.

Discover more about women in history