2019 marks the 80th anniversary of the declaration of war on 3 September 1939 and, just a few hours into the conflict, the Bennachie hill-range in Aberdeenshire was witness to an accident resulting in the deaths of two RAF airmen.

Bennachie is of course a magnet for walkers, cyclists and hill climbers since it is relatively close to Aberdeen. Much of the Bennachie range is managed by Forest Enterprise which maintains a network of paths on and around the hill along with several car parks to allow easy public access.

A long-established volunteer society, the Bailies of Bennachie, works tirelessly to encourage and stimulate public interest in the hill by promoting its geology, literature, ballads, poetry, art and music through publications, talks and events.

Amongst the folklore associated with Bennachie is the story of two ploughmen who had the misfortune to meet in with some particularly malevolent Fairies. McConnachie, a Victorian writer, tells us that although ‘Brownies, Spunkies and Kelpies were not unknown … Faeries were to be found and their music was to be heard everywhere about the hill and, as in other places, they were spoken of with respect by the inhabitants of the district.’

Seemingly the mischievous Fairies were particularly fond of playing sad tricks with the local rustics. The two young ploughmen were on their way to the smiddy one day when they came upon a group of Fairies dancing and singing. Entranced at the sight, one of the young lads became transfixed and simply could not tear himself away. His companion however quickly left the scene assuming that his friend would follow on later. However, the transfixed ploughman failed to appear and was not seen again for an entire year and a day.

McConnachie records that ‘when his friend, passing by the same place, had his eyes so far opened as to see him standing, mouth open, intently watching something. On being asked to come along, he replied, as though he had only been there for a few minutes, that he would rather wait a little longer yet!’ And there, seemingly, he still stands watching a Faerie Dance which no one else can see.

Legend also insists that the Bennachie of old was guarded by a giant known as Jock o’ Bennachie. Proof of the existence of this giant exists to this day in the form of the man’s enormous bed. Perhaps best known as Little Johns Length, a plot of land to the east of the Bennachie peak of Craigshannoch, Jock’s bed measures some 600ft from head to foot and indicates that he was pretty tall even for a giant.

The hill has seen two 20th century air crashes. The most recent in 1952 when an RAF Gloster Meteor jet fighter on a training flight from RAF Leuchars crashed during a snowstorm into Oxen Craig on 12 February 1952. The pilot, Yorkshireman Brian Lightfoot died instantly on impact and wreckage was scattered over a wide area. One of the aircraft’s cannon was retrieved by souvenir hunters and was for a time stashed in a barn over at Oyne before being re-discovered in the 1980’s.

The RAF fleet of Gloster Meteors jet-aircraft had what can only be described as a horrendous safety record and records indicate that there were 436 fatal accidents between 1944 and 1986. Some 890 of these aeroplanes were lost during that period over the entire UK including one piloted by the son of the headmaster of Oyne Primary school. Local writer and Bailie of Bennachie James Mackay records in a 2012 article in Leopard Magazine that, ‘In the early 1950’s fifty Meteor pilots died when their planes dived inexplicably into the ground’ and that in 1952 ‘a Meteor was written off every two days on average and a Meteor pilot was killed every four days.’ In some ways the RAF Meteor fleet rivalled the early de Havilland DH 106 Comet in terms of poor design and inherent safety issues. Metal fatigue was eventually identified as the cause of the Comet crashes. ‘Skin wrinkling’ and ‘overstressing of the mainframe’ plus pilot error were often put down as the cause of Meteor crashes. On top of structural failures, pilots often suffered from poorly heated cockpits and the threat of hypothermia was never far away at high altitude.

Known amongst military flyers as a ‘meat box’, the Meteor was renowned for a quirky phenomenon known as the ‘phantom dive’ that used to kill quite a lot of pilots, both experienced and in training.

A lesser known 1939 air crash on the hill came to prominence in September 2012 when a commemorative cairn was unveiled near the peak of Oxen Craig to commemorate the Meteor pilot along with the crew of an RAF Westland Wallace biplane which had crashed on nearby Bruntwood Tap on 3 September 1939.

Around 80 folk attended the ceremony, including relatives from both Yorkshire and Canada. As local Air Cadets formed an honour guard, an RAF Padre led the service of remembrance and the relatives were guided to the respective crash sites to pay their respects.

The Westland Wallace biplane had been equipped to operate as an air-target tug and had been on its way from the Air Observers School at RAF Wigton to an airfield in Easter Ross. On the Dyce to Easter Ross leg of the flight the pilot had obviously misjudged his height and, in thick mist had failed to clear the peak.

Both crew, air-gunner Alexander Stewart from Paisley and Canadian pilot Ellard Cummings, were found by the search parties still strapped into the cockpit leading to speculation that PO Cummings had stalled the plane in the midst of an effort to pull up at the very last moment. The tail-plane was broken off indicating that the rear of the aeroplane had probably struck the ground first. Both fliers were thought to have died instantly, probably from broken necks and debris from the crash is still visible on the hillside.

In the 1960’s walkers on the lower portion of the hill often passed by the rusting nine-cylinder engine from the Westland Wallace wreck which had been rolled down the slopes of the hill by souvenir hunters. When a local firm of timber contractors removed it to their premises over at Tillyfourie intending to sell it for scrap, the RAF got involved and re-took possession of the artefact with the intention of restoring it for display at the RAF Museum at Cosford.

The Wallace aircrew were of course taken off the hill for burial. The Canadian pilot, PO Cummings, lies buried in the Grove Cemetery in Aberdeen and gunner Alexander Stewart was interred at Hawkhead Cemetery in his native Paisley.

The ‘Find-a-Grave’ digital record relating to PO Cummings records that ‘Ellard was one of the first casualties of WWII, having been killed on the day Great Britain declared war on Germany. He was a Canadian national serving with British forces, namely the Royal Air Force in which he held the rank of Pilot Officer (Pilot) Service No: 40803. He was 23 and the son of James Victor and Edith Fanny Ellard Cummings of Ottawa, Ontario, Canada. Westland Wallace K6028 of 1 AOS, on a ferry flight to 9 AOS flew into hills in bad visibility at Bennachie, near Aberdeen two members of the crew being killed.’

Seemingly Alexander’s father visited the crash site just after the tragic event. He is said to have removed a small section of the aircraft’s wooden propeller intending to carve a two scale models of the Westland Wallace airplane in memory of the airmen who are to this day officially recorded as being the very first UK military casualties of the Second World War. 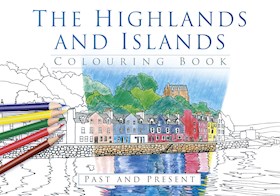 The Guide to Mysterious Aberdeen

The Guide to Mysterious Aberdeenshire

The Guide to Mysterious Loch Ness and the Inverness Area

Archaeology and Early History of Angus

The Battle for Aberdeen 1644