Banbridge: The star of County Down

‘Banbridge town in the County Down’, as mentioned in the traditional folksong The Star of the County Down, is surrounded by stunning scenery. Its name comes from a bridge built over the Upper Bann in 1712. Originally the ancient King’s Road, leading from northern to southern Ireland, crossed the Bann via a ford that was a short distance downstream at Ballykeel. When the bridge was built the route changed and Ballykeel became encompassed within the growing town.

The River Bann enabled the development of a once thriving linen industry. Its source is in the Mourne Mountains and it flows northwards, through Lough Neagh, the largest inland waterway in the British Isles, to the Atlantic Ocean, a total length of 80 miles. It is the longest river in Northern Ireland. Fresh water mussels used to thrive in its waters around Banbridge and the large pearls harvested there sold for extortionate prices in London.   Banbridge’s linen industry made a valuable contribution to victory in World War II. It was used to cover the tails of Spitfires and Lancaster bombers because bullets passed straight through without causing much damage. Metal would have buckled. When the planes were parked in the desert they had to be guarded because camels enjoyed licking the linen!

Many Banbridge residents have gone on to fame, both locally and abroad. A local landlord, the Marquis of Downshire, encouraged the development of the linen industry. He improved the layout of the town in 1767 and built an excellent hostelry, The Downshire Arms in 1816 which still serves excellent food and accommodation. It’s situated up a steep hill at the top of the town. When the design of stagecoaches changed in the 1830s and they became heavier, horses struggled to pull them up the hill. Banbridge was in danger of being bypassed. His Lordship hired men to lower the middle of the road, forming what locals refer to as ‘The Cut’. He built the Downshire Bridge, thought to be Europe’s first flyover bridge, to link the two side streets. An old woman used to sell apples on it and jingle the money in her pocket so locals call it ‘Jingler’s Bridge’. It’s low, built for stagecoaches, and, as a result, tall vehicles with drivers who are unfamiliar with the road bump into it! Locals say it is responsible for the design of open top buses! 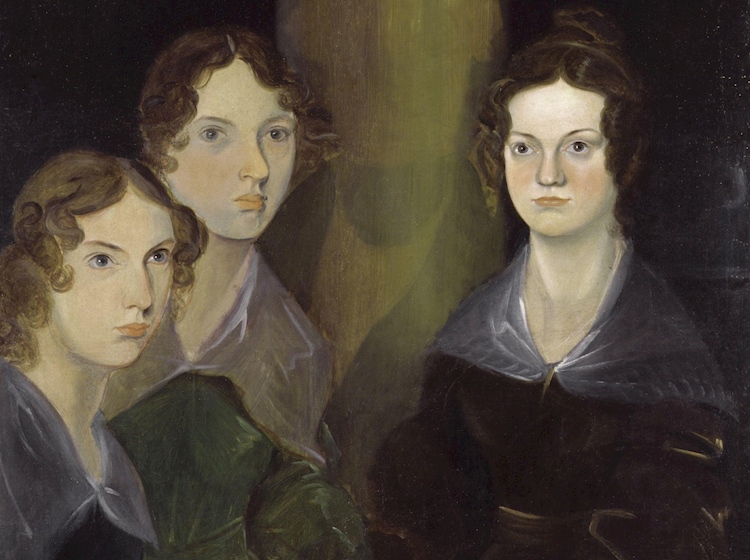 Patrick Brontë, the father of the famous Brontë sisters was born on 17th March 1777 near Banbridge. He inherited his father’s gift for storytelling and his stories influenced his children. He was a brilliant scholar, who won a scholarship to study at St John’s College Cambridge. Lord Nelson, had been granted the title of Duke of Bronté, by King Ferdinald III of Italy because he was grateful for Nelson’s actions in the Napoleonic Wars (the Duchy of Bronté is in Sicily and Sicilians are very proud of the connection). When Patrick arrived in Cambridge he was a raw country boy, called Patrick Brunty. It is thought he was an admirer of Lord Nelson and noted the similarity between his surname and Nelson’s title so decided to give himself a bit of class, by changing his name to Brontë. Some of his relatives followed suit and there are Brontës, Bruntys and the original Pruntys living around Banbridge.

St Patrick founded a church at Seapatrick. Tradition says a bell has been rung on the site every Sunday, except during times of war, since the fifth century. It survived the Dissolution of the Monasteries’ (1536-1541) by becoming Anglican. In typical Banbridge, tolerant fashion Catholics and Protestants continued to attend the church until well into the 17th century. Joseph Scriven, author of the famous hymn What a Friend we Have in Jesus was christened in the church situated on the site of St. Patrick’s old church in 1819. 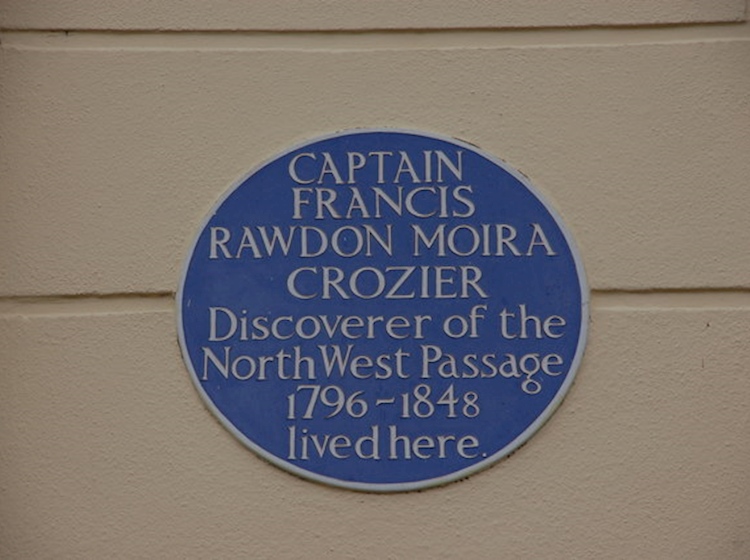 The explorer, Francis Crozier (1796-1848), was born in a large Georgian building fronting Banbridge’s Church Square. It is marked by a blue plaque. He discovered the Northwest Passage around the north of Canada. He and his crew died of starvation in the attempt but there is no doubt he found what he was seeking because his ship, the Erebus, was recovered. There’s a striking statue in Church Square marking his achievement. Captain Crozier stands proudly on top, surrounded by polar bears and locals describe it as ‘The Polar Bears Picnic.’

Ernest Sinton Walton (1903-1955) received his early education in Banbridge. His father was a clergyman, who was appointed to the Methodist Church in the town. Walton and his partner John Cockcroft were awarded the Nobel Peace Prize in 1951 as the first scientists to split the atom. 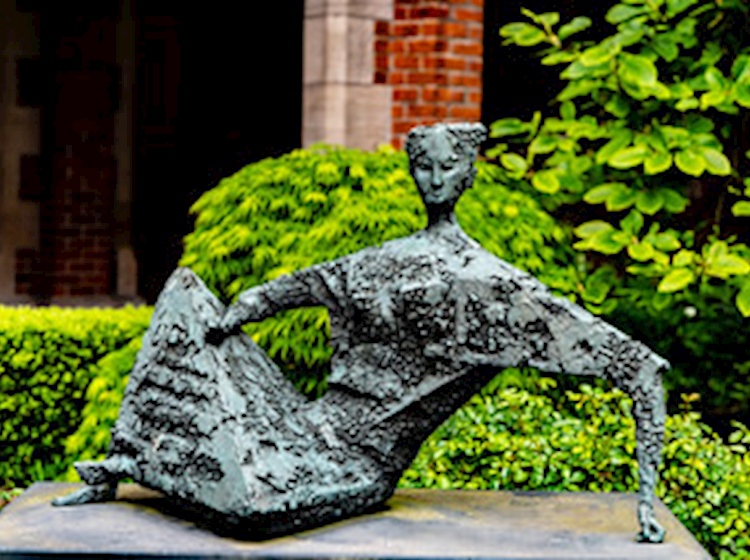 Frederick Edward McWilliam (1909 -1992), the internationally renowned sculptor, was the son of a local doctor. He was respected by other famous sculptors, including Henry Moore, His life-long friend, Marjorie Burnett, recorded, ‘Freddie was like a brother to me. We used to get up to all kinds of mischief! Although he became rich and famous he didn’t become uppity and we kept in touch until his death in 1992.’ McWilliam loved Banbridge so much he bequeathed his workshop, along with many of his sculptures to the town. The local council built the F. E. McWilliam Gallery and dedicated it to his memory. The site contains a sculpture garden, an art gallery, a delightful coffee shop, a tourist information centre and a shop. Admittance is free and it is well worth a visit.

Banbridge is a thriving modern town, rife with history and culture. Discover more in Banbridge: The Star of County Down by Doreen McBride.

The Little Book of Antrim

Armagh and the Great War