Ask the author: Emma White on dogs throughout British history

We asked Emma White, author of A History of Britain in 100 Dogs, a few questions about our beloved canine companions and the significant roles they have played in our nation’s history.

How did you first become interested in writing a book about British dogs throughout history?

I have been studying the role of dogs during the Great War for the past few years and when I was asked to consider writing a book on dogs throughout history it seemed like a fantastic project to be part of.

Why do you think Britain has such a close relationship with their dogs?

Dogs have been such an important part of Britain from performing working roles, to friendship and companionship. It seems that we have been a nation of animal lovers for a long time and I’m sure that will continue in the future.

What did you enjoy most about writing this book?

What I enjoyed the most was being surprised. I learned so much about periods of history I thought I already knew. It was a challenge to find a dog during some of these important periods, but those that have been included in the book are my favourites.

How did you go about researching this topic?

I already had a few ideas from my previous research, but it was a fantastic topic to discuss with people and every time I mentioned it to a friend or colleague they would suggest new dogs to include.

Dogs along the border of the Bayeux Tapestry

Did you have any challenges while researching?

Sometimes it was difficult to find definitive evidence for some of the stories. However, I think with a book such as this it’s as much bringing legends and stories to the fore for discussion and hopefully bringing a different perspective to some well-known stories.

What was the most surprising thing you learned while writing the book?

I was most surprised by how many dogs’ stories can be found throughout history when you look for them. It really does feel likes dog can be found in every key historical point in history.

What is your favourite story from the book?

There are so many which have captured my interest. I can't choose one in particular as there are so many – including those who have saved us, comforted us and who continue to protect us and share their lives with us.

What is your favourite native dog breed?

My favourite native breed is the Border Collie. I think they are wonderfully friendly and can become a key part of a family but are also fantastically clever.

If you could have a day in the park with any of the dogs in the book which would you choose?

I would like to spend a day in the park with Chance the firehouse dog as I think he would have plenty of energy and enjoy running around and meeting all those other dogs. Although I hope he wouldn't run off if a fire engine went past!

Paws to read these other great books 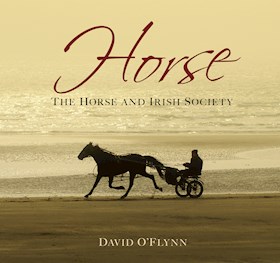 The Archaeology of Animal Bones