The scope for my latest book ensured a bountiful story harvest gathered from five countries, rich with their variety of cultures and habitats.

As a performing oral storyteller, I chose much of the material from our vast lore of oral literature – traditional tales – which I have told and have heard from other storytellers. The greater quest for me, therefore, was to fill the gaps as that animal procession bounded, flew, crawled and swam past my mind’s eye. Where were the stories about badgers, now our largest carnivore, and why were there so few about wolves or bears, iconic in our psyche since the ice age?

Unsurprisingly, the most easily found stories come from our comparatively recent, settled past. These are the tales of farmers, fishers and hunters riding over a tamed land. The older, wilder tales come from the places furthest from the ‘home counties’ - perhaps pushed there as our ancestors once were by the tides of conquest – and from Ireland where recent conquest has been but a thin layer over invasions so distant that they are only remembered in mythology. 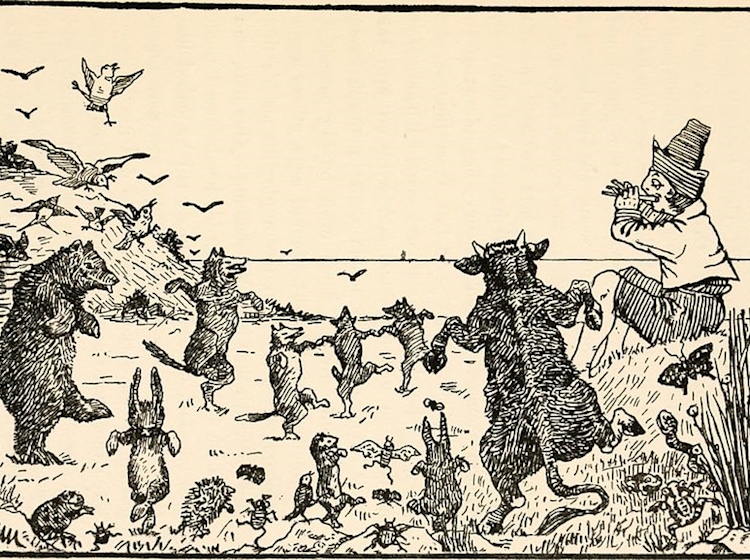 As I remembered, wrote and researched, patterns seemed to emerge – always a danger in a storyteller as our training allows us to see connections anywhere, stitching random elements into intricate designs. In the chapter entitled ‘Field and Farm’, the domesticated animals are the subject of our interest because we depend upon them and use them. There is an uneasy space where the untamed and domesticated meet. This tension is explored in ‘Wolf and Fox, Enemies of  Old’, and ‘The Black Fox’, found in the chapter entitled ‘Running Wild’. Stories being mirrors to our world, ‘dumb beasts’ are sometimes given human characteristics and behaviours, and as such they rarely give a flattering impression of their subjugators. In the entire collection of 67 tales there is only one in which an animal, unprovoked, wreaks harm on humans. ‘The Otter King’, in the chapter entitled ‘Making Waves’, is a more than vicious and malevolent beast. In these days of celebrating the return of otters to our cleaner waterways, he will not sit well with conservationists. During the first book launch, when I told this story for the first time in 25 years, I needed to acknowledge this. As entry to the evening was by donation, we all decided to give what was collected to the nearest otter sanctuary! 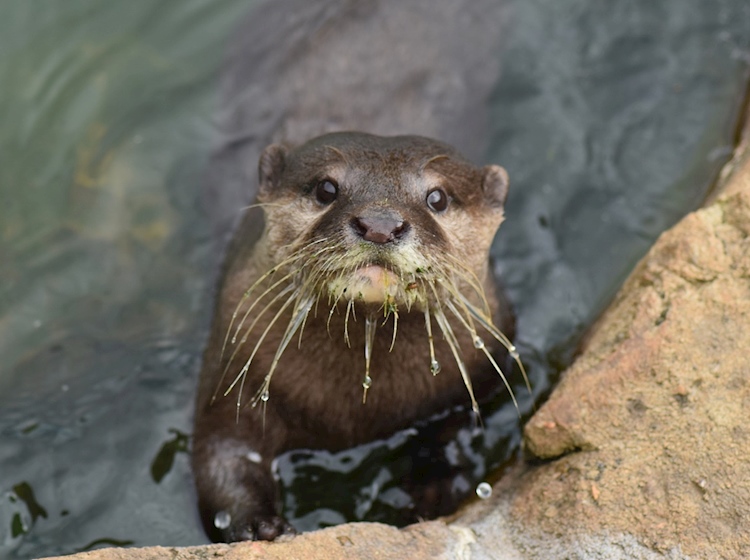 It is in the older stories, those closer to our animistic past, where the outcome in animal/human encounters is less certain. This is shown in our native genre par excellence -the wealth of ‘Selkie’ stories that abound around Irish and Scottish coasts. These creatures, animal in the sea and human on land, recall our shamanic ancestors who became animals in their trances, often journeying in the elements of water and air, where people cannot survive.

In writing this book, and my other collections of Somerset tales, I have felt in a curious position compared with my author friends – the novelists who conjure and create something new and unique. It is my task to write or re-write that which already exists. The creative aspect, for me, is in the choice of stories, how they are to be presented and placed with their neighbours to make the bigger picture, that of the book as a whole. The tales are the tesserae and the book is the mosaic. I realise that, quite unconsciously, I have adapted my writing style to the genre of stories. Any of these are suitable for reading aloud, but the folk tales sound quite different to the more mythic material. That is the shading amongst the layout which in turn defines shapes into images. 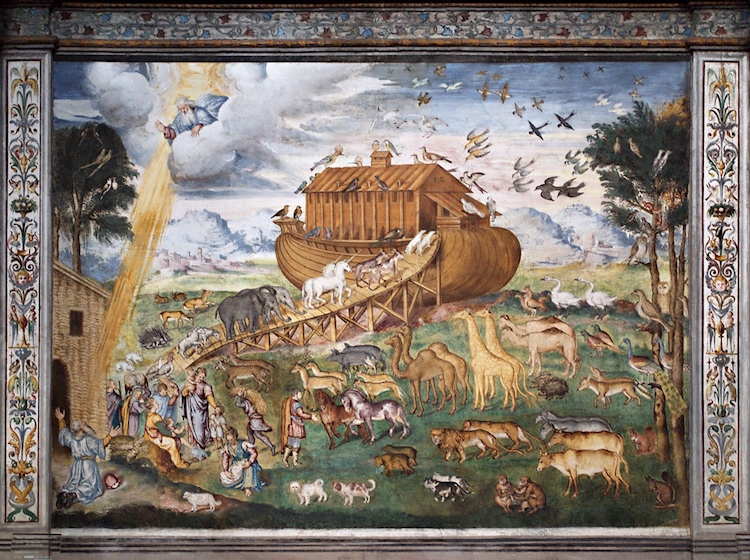 I have been blessed in having an animal loving sister to help me with my research. Of a more academic bent than I, she has also had access to university archives in which her ‘dogged’ efforts have unearthed some stories forgotten or unheard in the contemporary storyteller’s canon. I hope this book may return these to the living oral tradition that is celebrated in today’s storytelling revival. The last chapter title, ‘Reclaiming the Right to Roam’, refers both to our desire to renew our connection with Nature and the re-wilding movement. Let us continue to question our relationship with Nature and our exploitation of animals. Let this book afford them a voice and let the ‘dumb beasts’ have the last word.

Read more about folklore and storytelling