Alcock and Brown: First to fly the Atlantic non-stop

Seven-year-old Harry Sullivan was in bed with measles in Clifden, on the west coast of Ireland, on the damp morning of 15 June 1919. He recalls hearing a terrible noise coming from the sky:

“I rushed outside to investigate. I was just in time to see this greyish-coloured machine swooping over the main street. Its two propellers were whizzing around and its huge wings nearly touched the top of the church. I was amazed. I had heard of flying ’planes but I had never seen one before. I watched as it roared away towards the bog under the low cloud, its wings swaying up and down. The noise was very loud, I could hear it for a long time. It must have been awful for the men inside. Where had the machine come from, where was it going?”

Harry did not know it, but he had witnessed the conclusion of one of the most significant and dramatic flights in aviation history. The pilot of the Vickers Vimy aeroplane was John Alcock, his navigator was Arthur Whitten Brown. Eight minutes after the youngster saw them, the two Englishmen landed beside the Marconi radio station in nearby Derrygimla bog. Deafened by a broken engine exhaust, they had lost their radio and endured iced-up controls and a near-fatal stall. Completely exposed to the elements in their open-cockpit biplane, they had survived fog, snow and virtually continuous cloud to become the first persons to fly the Atlantic Ocean non-stop. Yet, navigating blind for most of the way, they landed just 20 miles off target after their 16hr marathon of 1,880 miles, the longest distance ever flown by man.

Staff from the Marconi station struggled across the swampy ground to rescue them. At first they did not believe that the fliers had crossed the Atlantic. ‘Yesterday we were in America,’ John Alcock vainly reiterated. It took a sealed mailbag from St John’s, Newfoundland, to convince the Marconi men. Their cheers rang across the infinity of greeny scrub and boggy pools as they escorted the fliers to their warm station. But this was nothing to the acclaim that greeted Alcock and Brown on their triumphant return home via Galway, Dublin, and Holyhead. A quarter of a million people lined their train route and the streets of London, to welcome the men who a short time previously had languished in prisoner-of-war camps. Within a week of wading through Derrygimla, they braved the carpets of Windsor Castle to be knighted by King George V.

Alcock and Brown’s achievement had a major psychological impact. It helped war-weary Britons turn a corner from the recent catastrophic conflict and the world’s most devastating epidemic, the Spanish flu of 1918–19. Emerging triumphant from an Irish bog, the fliers had made a giant step out of the shadow of war and pestilence to reassert man’s potential. Their success redirected attention to the future and opened a window to previously unconsidered possibilities. It inspired hope that man and technology could combine to build a brighter more secure world. That world had suddenly become a much smaller and, hopefully, safer place. Brown himself optimistically wrote: ‘The aeroplane may well become a greater influence towards internationalisation than a signed covenant of the League of nations.’

Similar adulation greeted the epic solo ocean crossings by Charles Lindbergh in 1927 and Amelia Earhart in 1932. But, courageous as these aviators were, their flights were made in enclosed cockpits, with the advantage of superior navigational and meteorological aids. They had the benefit of lighter, more reliable and more efficient engines. Lindbergh carried little over half of Alcock and Brown’s enormous handicap of 865gal of fuel.

Eschewing heroics and hype, Alcock and Brown had braved the unknown in a comparatively primitive machine wide open to the elements. Their success against the odds in completing the world’s first epic aerial voyage was the most notable aviation feat after the Wright Brothers’ earliest powered flights. First to bridge the Atlantic non-stop, the Vimy pair laid the foundations of worldwide travel for everyman a mere sixteen years after the Wrights first staggered into the air in a powered aeroplane. They are arguably two of the greatest and most unsung heroes of the early 20th century.

The philosopher Socrates insisted, ‘Man must rise above the Earth – to the top of the atmosphere and beyond – for only thus will he fully understand the world in which he lives.’ Two thousand years later Arthur Whitten Brown reiterated the dream of flight:

“I believe that ever since man, but recently conscious of his own existence, saw the birds, he has desired to emulate them. Among the myths and fables of every race are tales of human flight. The paradise of most religions is reached through the air, and through the air many gods and prophets have passed from earth to their respective heavens.”

Extracted from Yesterday We Were In America by Brendan Lynch

Take off with a new book 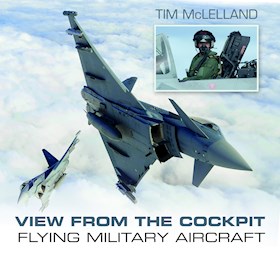 View From the Cockpit