A Tyneside Heritage: business, employment and communities on Tyneside

Spanning 150 years of South Shields’ changing fortunes, A Tyneside Heritage is a pioneering work of interwoven local and family history.

After the nineteenth-century boom years of coal exporting and shipbuilding for global markets came the First World War and then the mass unemployment and political turbulence of the 1930s. Luftwaffe bombing in the Second World War was followed by the peacetime challenge of attracting new industrial development.

Against this background four generations of the Chapman family played a leading role in the town and in County Durham as businessmen, soldiers, borough councillors, sportsmen, philanthropists and representatives of royalty.

Robert Chapman was born in South Shields in 1811 and lived through a period of unprecedented economic growth on Tyneside.

By mid-century, the town had a population of around 28,000, registered shipping of over 100,000 tons and 14 shipyards. There were a dozen ‘staithes’ (in effect coal depots furnished with staging and shoots or ‘drops’ for loading vessels). From these staithes 44 collieries shipped over a million tons of local coal annually. This was big business. 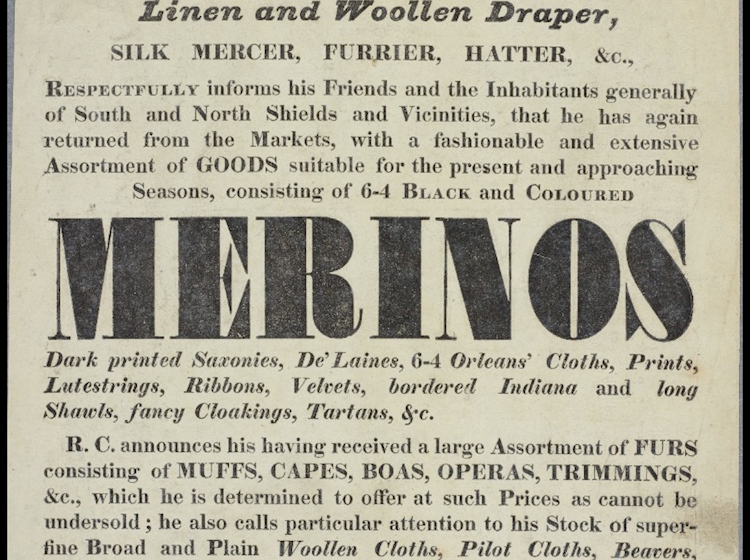 Robert himself was an ambitious young man, setting up his own drapery business on King Street as a 25-year-old. He later became a Borough Councillor and magistrate, diversifying his business activities by investing in a sailing collier in 1854. This was the three-masted barque Priscilla which had traded as far as Brazil, and under Robert’s ownership she voyaged up the Baltic to Cronstadt, the port of St Petersburg. Coal was exported, and timber imported. 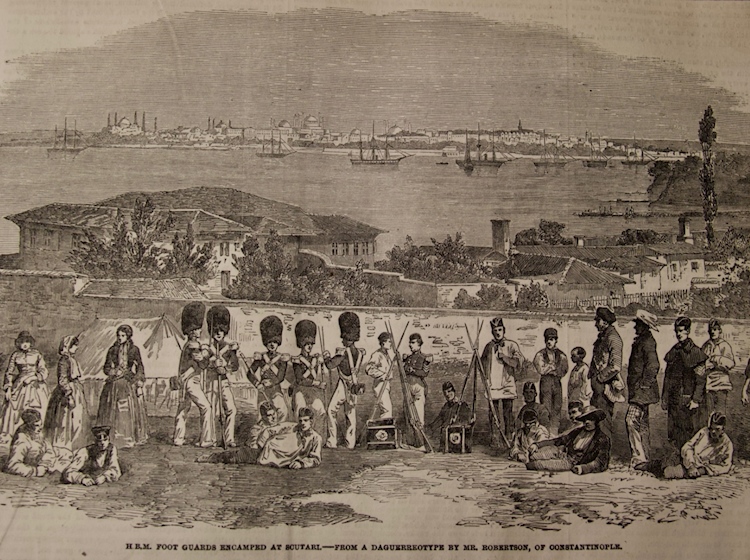 ‘Her Britannic Majesty’s Footguards encamped at Scutari’, with views across the Bosphorus to Constantinople

During the Crimean War Priscilla was contracted to the Admiralty and sailed to Constantinople. She then sailed further north east to Russia – to the Black Sea and to Crimea itself.

Trade was very profitable because risks were high. As the late Richard Keys, Newcastle maritime historian, put it: ‘Seventy percent of Tyne owned sailing ships ended their days by marine peril. They were wrecked on rock bound shores, foundered in mid-ocean, caught fire, blew up, were crushed by ice, run down by other ships, or disappeared with all hands’.

Or foundered in rivers, as with Priscilla in 1864 in the river Weser on her way to Bremen. Fortunately all the crew were rescued, and no doubt she was insured, but that was the end of Robert’s investment. Happily, his drapery business continued to flourish.

Robert’s son Henry Chapman, born in 1850, had a successful professional and business career. He was educated at the Royal Grammar School in Newcastle, and then worked for eight years as an accountant with the National Provincial Bank in South Shields. 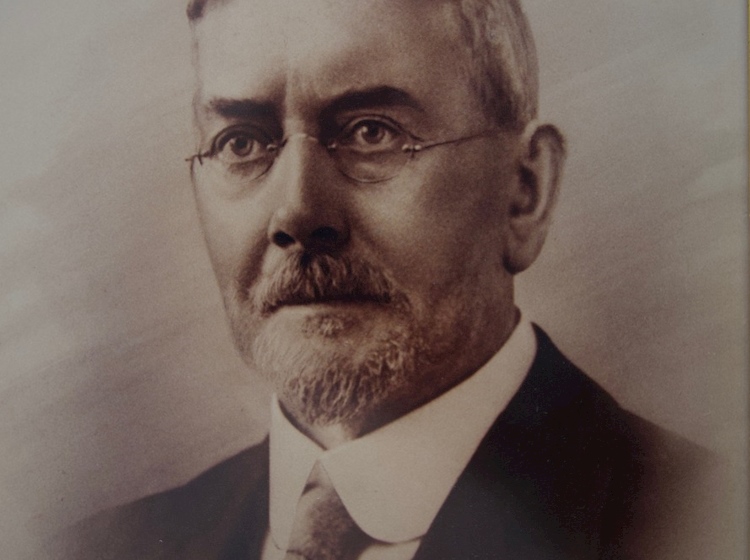 Henry was a budding entrepreneur who had been planning very carefully to start two new ventures simultaneously. In 1875 he celebrated his twenty-fifth birthday, left the bank, walked a few yards down King Street, and set up his own accountancy practice. This would become Henry Chapman Son & Co., where he would be senior partner until his death sixty years later.

He became one of the first Fellows of the newly established Institute of Chartered Accountants in England and Wales, and his clients included many of the largest companies in the town – the Jarrow Chemical Company, the South Shields Savings Bank, the Shields Gazette newspaper, the South Shields Gas Company and J. T. Eltringham & Co., shipbuilders.

His second new venture was setting up, also in 1875, the South Shields Commercial Permanent Building Society. ‘Permanent’ because it was a Society which did not terminate its activities once all members had bought their own houses. 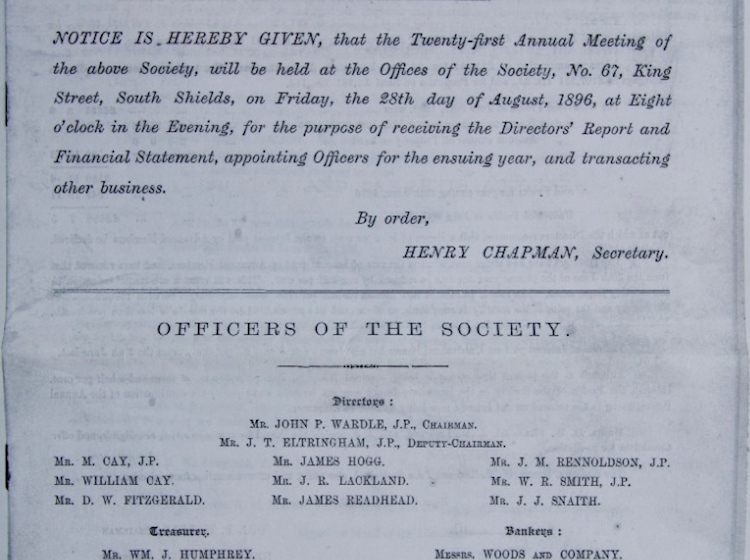 What were the Society’s selling points to investors and borrowers? Its prospectus of 1899 had an attractive message – ‘open to all’. In its own words:

‘To persons desirous of investing large or small sums this Society offers important advantages. It is adapted to the wants of all classes. For investment of small sums periodically it affords a first-class security which usually can only be obtained by capitalists, while at the same time investors are saved the trouble involved by personal management, and protected against any adverse contingencies to which their security might be subject.’

The annual interest rate on shares was ‘4 ½ per cent per annum’ – well worth having!

Henry Chapman died in 1936, having served as Senior Partner of his accountancy firm and Secretary of the Building Society for more than half a century. He had, however, ensured that he had a very capable successor: his son Robert.

Robert (later Sir Robert) was born in 1880, educated at South Shields High School and became Joint Secretary of the South Shields Commercial Building Society in 1913. He had a distinguished service record in the First World War on the Western Front and organised the Victory Parade in South Shields in 1919. 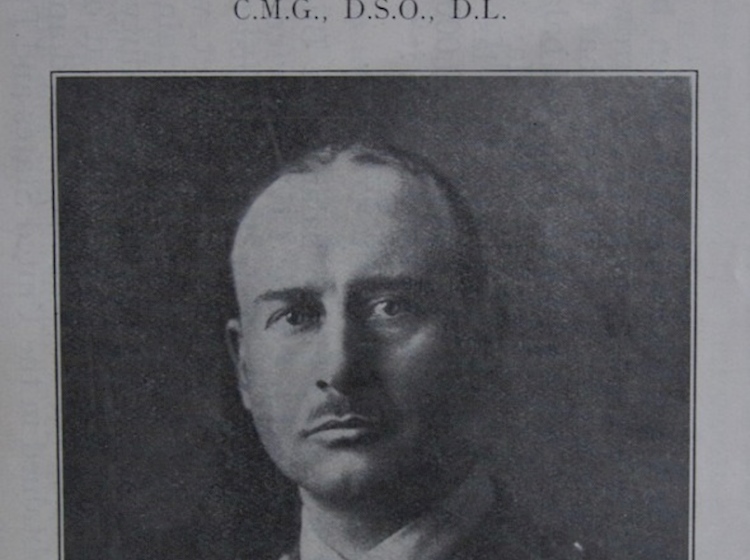 In 1921 he was elected a South Shields Borough Councillor, and in 1931 he became a Member of Parliament for Houghton-le-Spring in County Durham, standing as a supporter of Ramsay Macdonald’s National Government. A month later he also became Mayor of South Shields.

Profoundly affected by the huge scale of unemployment in the North East (98% of juveniles in Jarrow didn’t have a job), he strongly supported a government report in 1934 which concluded that ‘Durham and Tyneside can only escape from the vicious circle, where depression has created unemployment, and unemployment intensified depression, by means of some positive assistance’, by which he meant grant funding. 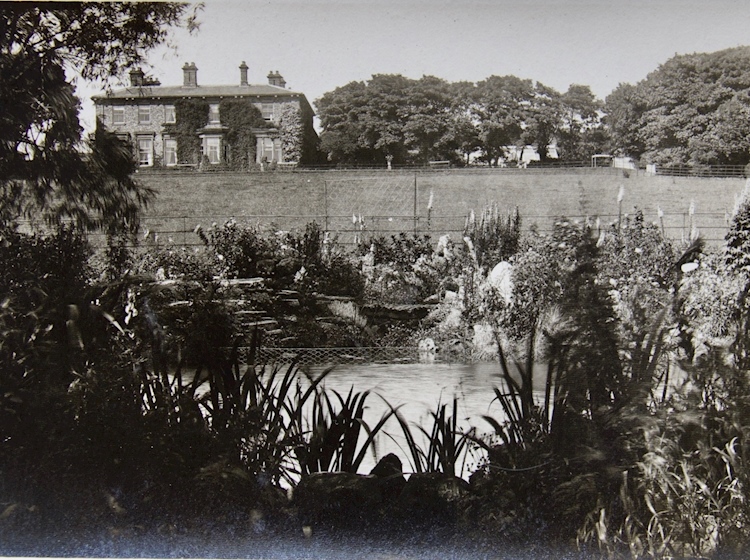 Undercliff from the lake, 1932

Parliament passed the Special Areas Act in November 1934, and appointed Malcolm Stewart as the Special Areas Commissioner for England and Wales. He visited South Shields, where Robert was Chairman of the Council’s Special Development Committee, and had lunch with Robert at Undercliff, his splendid home in Cleadon. Malcolm Stewart later announced grant funding for the Borough’s proposed industrial and commercial redevelopment of the riverside area, commenting that the scheme would bring about ‘an amazing improvement’. And hopefully new jobs, since over 20% of the town’s workforce was unemployed.

Robert was defeated in the 1935 General Election, as was Ramsay MacDonald himself in nearby Seaham and in the following year he was appointed a Director (and later Chairman) of North-Eastern Trading Estates Ltd, set up by the government to acquire a suitable site for a ‘trading estate’ to attract new industries. This hit the national headlines as the ‘first attempt to promote private industrial undertakings with public money’. 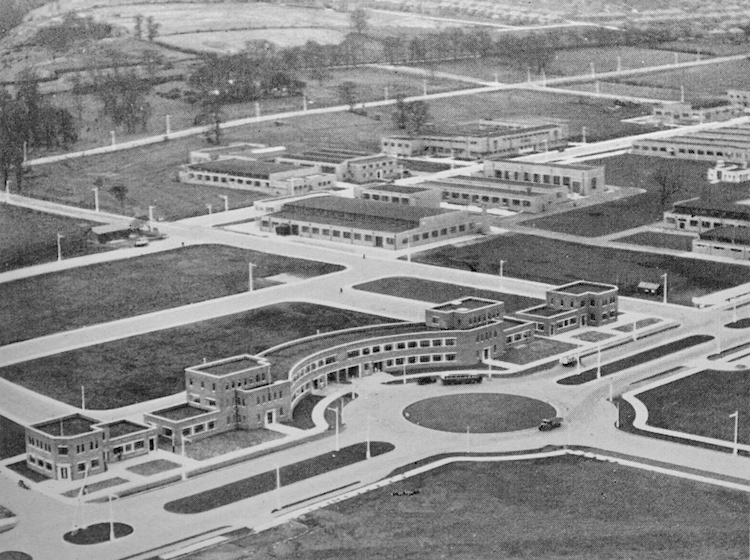 The Team Valley near Gateshead was identified as the ideal site and it was developed very rapidly indeed. In February 1939 King George VI, accompanied by Queen Elizabeth, performed the opening ceremony at the estate, where new industries were already employing seven thousand workers in 120 factories - a quite extraordinary achievement in such a short time. 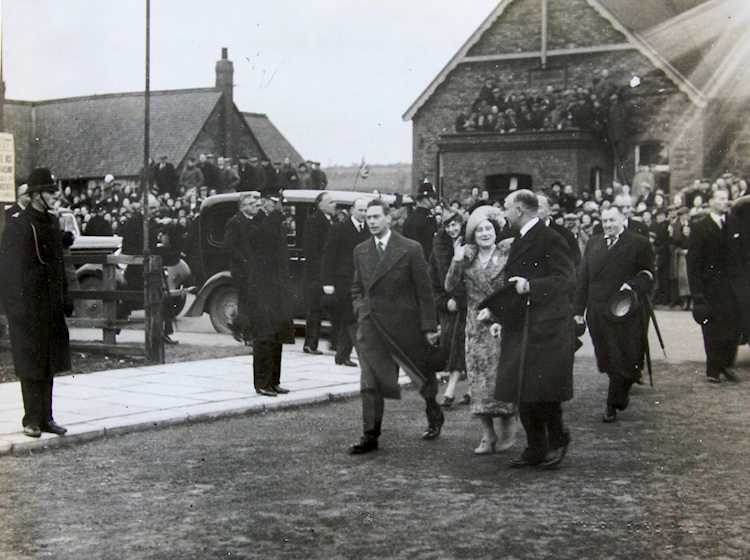 The next day the King and Queen visited another new trading estate, St Helen Auckland in County Durham. They were welcomed by Robert (on the Queen’s right in the image), and the royal couple visited the two completed factories. Three more were under construction.

Further dramatic progress was made after the Second World War. The Board of Trade took over the powers of the Special Area Commissioners, and gave significant further support to North-Eastern Trading Estates including approval of the new Bede Trading Estate on the boundaries of South Shields and Jarrow.

Robert continued as chairman of the board until 1948. He was awarded a knighthood for public services in 1950 and retired as a director a decade later on its amalgamation into the English Estates Corporation. By then North-Eastern Trading Estates was responsible for 38 industrial estates and sites, on which 317 firms occupied twelve and a half million square feet of factory space and employed 59,000 people (18,000 on the original Team Valley Estate in Gateshead).