A brief history of Waterford city

Waterford, Ireland’s oldest city is believed to have been established by the Viking Ragnall (the grandson of Ivar the Boneless) in 914 AD.

Situated on the River Suir, the area is the only Irish city to retain its Viking name, Veðrafjǫrðr which we previously believed to mean either Fjord of the Castrated Rams or Windy Fjord. Neither of which sounded particularly attractive, we now suggest that the Norse name of the city translates as ‘Winter Haven’ due to the success of the TV series Game of Thrones and the History Channel’s Vikings in a move to tap into the following of both programmes. As a bi-lingual island, the Irish name used for Waterford is Port Láirge which translates in English as ‘Port of a Thigh’ with one origin story attributing the name to the tragic fate of a young prince named Rot. He was attracted to sea by sirens, the winged mythical female creatures, perhaps seeking an intellectual conversation when he is then torn limb from limb with his thigh bone washing ashore at Port Láirge.

As Ireland’s oldest continuous urban settlement, Waterford can claim a number of firsts. The first frog to be seen in Ireland is discovered at a grassy meadow near Waterford believed to have been brought among the luggage of the Anglo-Normans who invaded the island around 1170. It is the first Irish city in which an English monarch sets foot in the form of Henry II a year after the invasion led by Strongbow. The city would become the location of the first Fever Hospital in 1799; the first Catholic Cathedral to be built in Ireland & Britain after the Reformation in 1793, the establishment of the first Christian Brother school in the world in the form of Mount Sion in 1802 and the birthplace of Irish motoring with the establishment of the first motor garage on the island in 1900. The tradition of being at the forefront of transport in Ireland continues when in 1985 the first Ryanair flight flies from Waterford to Gatwick Airport (it is the first scheduled flight from a non-state airport in Ireland). Some frequent flyers would say the latter development wasn’t necessarily progress. 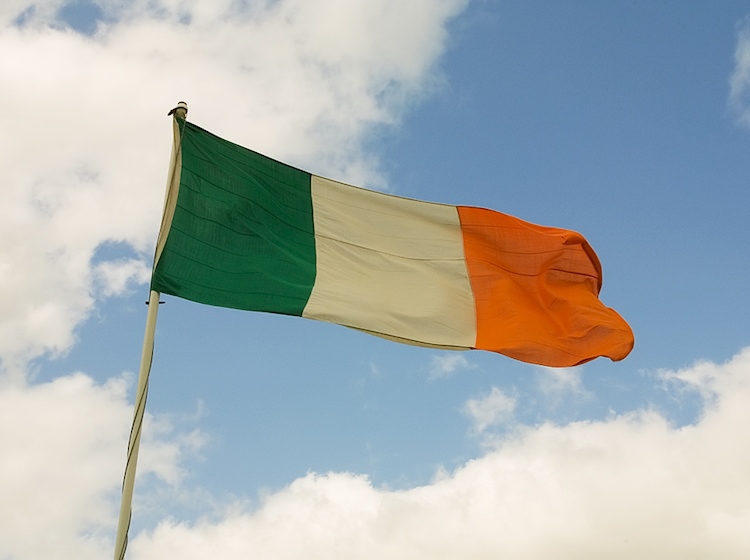 Waterford can boast to be the hometown of Luke Wadding, a Franciscan friar in the 17th century, who established St. Patrick’s Day as a feast day to Thomas Francis Meagher, an enigmatic figure in the cause of Irish nationalism in the 19th century who later fought in the American Civil War. The tradition of firsts in the city would continue with Meagher flying the Irish tricolour for the first time in March 1848. The colours of the flag have a symbolic meaning also, the green representing the Catholic community of the island, orange the Protestant and white symbolising peace between the two communities.

Such religious tolerance is a unique characteristic of the city of Waterford with groups such as the Quakers, Jews and French Huguenots, the latter settling in the south-east of Ireland in the late 17th century. A legacy of the Huguenots comes in the form of a bread called the ‘blaa’, a doughy white bread bun being square in shape and covered with white flour. Such culinary innovations are further illustrated by the invention of the bacon rasher by Henry Denny in 1820 to the creation of the cream cracker in 1885 by WR Jacob. At one time, Waterford was the medieval wine capital of Ireland and was the head of the curve in relation to coffee culture, with John Aikenhead being the first to brew and distribute coffee in Ireland in the late 17th century.

Waterford’s crest and motto (image via Waterford in Pictures)

Waterford is a city of cultural significance on the island of Ireland. It is the home to the Theatre Royal, the oldest continuous theatre in Ireland to claiming actors such as the Shakespearian revivalist Charles Kean to Tony Award winning actress Anna Manahan. Musical endeavours can be seen through the opera composer William Vincent Wallace to the Royal Showband, who would have The Beatles as a support act for their show at the Pavilion Theatre, Liverpool in April 1962.

The history of the city is encapsulated perhaps in the words of its most famous son, Thomas Francis Meagher, that ‘Waterford never appeared to me to change. For a century at least, it has not gained a wrinkle nor lost a smile.’ Waterford has played host to numerous English monarchs, a connection reflected in the city’s motto bestowed by Henry VII in the 15th century, Urbs Inacta Manet Waterfordia – Waterford the unconquerable city to a fervent location of Irish nationalism in the 19th century, with the hill of Ballybricken playing host to the Liberator- Daniel O’Connell, the uncrowned king of Ireland - Charles Stewart Parnell and John Redmond - the leader of the Irish Parliamentary Party at Westminster. In order to understand the history of Waterford city it is best to see it as like a city-state, an urban area steeped in civic pride and a strong tradition of civic governance dating to 1272, when the city was granted the right to have a Mayor. 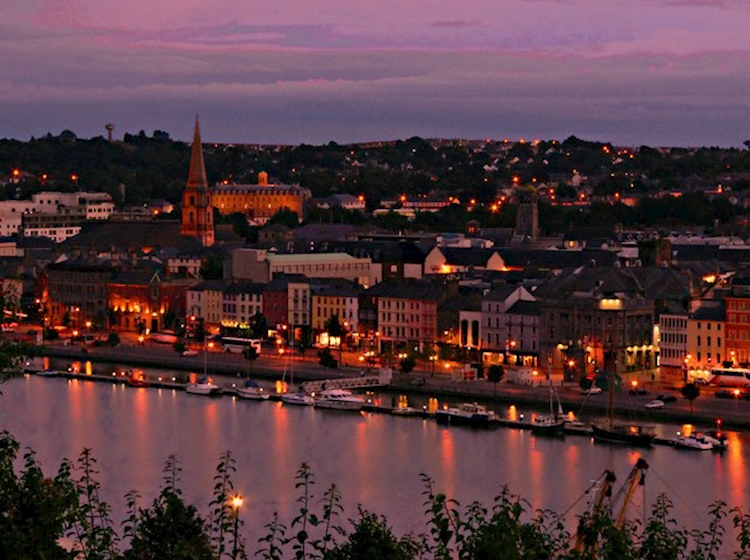 Its citizens have gone around the world from working in the cod fishing industry at Newfoundland, the bacon industries in Denmark and Russia to the global brand of Waterford Crystal that is as recognisable today as it was when established by the Czechoslovkian Charles Bacik after the Second World War. Waterford connections touch areas such as film, from the making of Stanley Kubrick’s Barry Lyndon taking place in Ireland’s oldest city, the writer Raymond Chandler holidayed here as a young man to having England World Cup winner Bobby Charlton lining out for the local League of Ireland soccer team in the 1970s.

The director of Waterford Treasures, Eamonn McEneaney has written ‘Time has changed Urbs Intacta but the charm that a thousand years has brought is enduring.’ The beauty of the city is its ability to survive and adapt, with change being the only constant. This is reflected in the layout of its streets, the adornment of monasteries from the Middle Ages to fine Georgian structures are as brilliant and bold today as they were in the time in which they originated. Waterford is a city for all, made by the resolve of its people. To learn its history is to display devotion to it. It is a place to be loved.