A brief history of Notting Hill

Anyone with only passing knowledge of Notting Hill will probably have formed their views based on events like the annual Notting Hill Carnival, the eponymous nineties romcom starring Hugh Grant and Julia Roberts and, more recently, the tragic fire in Grenfell Tower.

Taken together, these three events as much as anything else, fairly accurately represent the social, racial and economic diversity of the area that has existed almost since the urban landscape of today was formed from farmland in the second half of the nineteenth century.

The tone was set early on in 1837 when John Whyte enclosed the slopes of Notting Hill with a seven foot high fence to create the Hippodrome racecourse. In doing so, he blocked off a right way of way, triggering violent protests from the neighbouring pig farmers of Notting Dale, which were a contributory factor in the racecourse closing just five years later and giving way to urban development.

Much of the building on the lower slopes of Notting Hill, with its mews stabling for carriages and horses, failed to appeal to its intended market of the middle and professional classes. As a result, many houses were broken up for multiple occupancy for rent by the working class including Irish labourers and their families, attracted by the opportunities created by the Victorian building boom. From that time on, the die was cast and the lower slopes of Notting Hill together with neighbouring North Kensington were occupied predominantly by the working class in contrast the residents at the top of the hill.

All of this is beyond living memory of course but the disparity between rich and poor has echoed through the years and was still in evidence during the period covered in The Other Side Of Notting Hill, from the Second World War to the start of the swinging sixties. The Other Side comprises eye witness accounts of that turbulent period through the lens of everyday life.

The Second World War brought major destruction to the area as the Luftwaffe attempted to disable key local targets like the London to Bristol railway, the Clement-Talbot motor works in Barlby Road and the Ladbroke Grove gasworks, Bombs fell randomly destroying surrounding streets and causing death and homelessness. For years after, there were gaps in the rows of terraced houses providing unofficial if dangerous playgrounds for swarms of young children.

The post-war years saw a severe labour shortage in the UK while the Caribbean countries suffered an economic slump. Thousands answered the call arriving in the UK looking for a better life but what they found when they arrived was very different from the life they were led to expect. Many took relatively menial jobs and found accommodation hard to find especially when so many were made homeless and forced to live in appalling conditions in part as a result of the wartime blitz. This preceded the first Race Relations Act, when it was not yet illegal to advertise rooms for rent but ‘no blacks, no Irish’.

Peter Rachman became the most notorious of Notting Hill landlords and his name entered the dictionary when Rachmanism was recognised as the practice of the exploitation and intimidation of tenants but the new arrivals’ opinion of him was ambivalent because he was one of the few landlords who were prepared to rent rooms to West Indians. It was also the time before the repeal of the Rent Control Act, which restricted the amount of rent that landlords could charge their tenants. As a result, if they needed any excuse at all, landlords had little incentive to maintain their properties or do anything else other than cram as many tenants into their properties as possible. Living conditions were often cramped and insanitary in a way that probably can’t be imagined now.

In many respects, it was a safe time. Young children wanted to and were encouraged to play outside unsupervised without any problems other than the odd play-related accident, and street robbery and violent attacks were rare. On the other hand, fights were almost as much a part of pub culture as darts and bar billiards and this was the era of the teddy boy gangs. The lower reaches of Notting Hill were studded with illegal drinking and gambling clubs where drug dealing, prostitution and outbreaks of gang warfare came as part of the package. Serial killers John Christie and Jack the stripper, who was never identified and caught, both operated in Notting Hill and made the headlines in the national newspapers as a result of their shocking crimes.

With the continued influx of migrants from the West Indies, inter-racial tensions grew, part fuelled by the increased competition for scarce affordable housing, and came to a head with the infamous Notting Hill riots in 1958. Tensions continued into 1959 as a result of the murder of Antiguan carpenter Kelso Cochrane in Golborne Road in May and with the presence of the Fascist Oswald Mosley standing as parliamentary candidate for Kensington North in the general election in October. However, common sense prevailed when he polled the fewest votes and lost his deposit and, to a large extent, those inter-racial tensions subsided.

In common with many of Britain’s crumbling Victorian cities, the late fifties and early sixties saw the start of mass sum clearance in Notting Hill. More houses were demolished for the construction of the Westway elevated motorway, which blighted much of the area. As a result, working class communities were broken up. People may have moved into much improved accommodation but they were often also more isolated.

Almost simultaneously, Portobello market became the place to be seen by the trendsetters of the day. Notting Hill became entwined with modern culture. The Beatles filmed part of A Hard Day’s Night in the streets of the local streets. Mick Jagger bought his famous red hussar’s jacket from ‘I Was Lord Kitchener’s Valet’ in Portobello Road, starting a trend even copied by the Beatles. Jimi Hendrix died in the Samarkand Hotel in Lansdowne Crescent and many famous songs and albums were recorded at Basing Street studios. The area was close to central London and it was cheap so it suited the emerging alternative lifestyles of the time.

The narrative of The Other Side ends here but the character of Notting Hill was starting to change again although the old divisions between the top of the hill and the other side continue to this day. 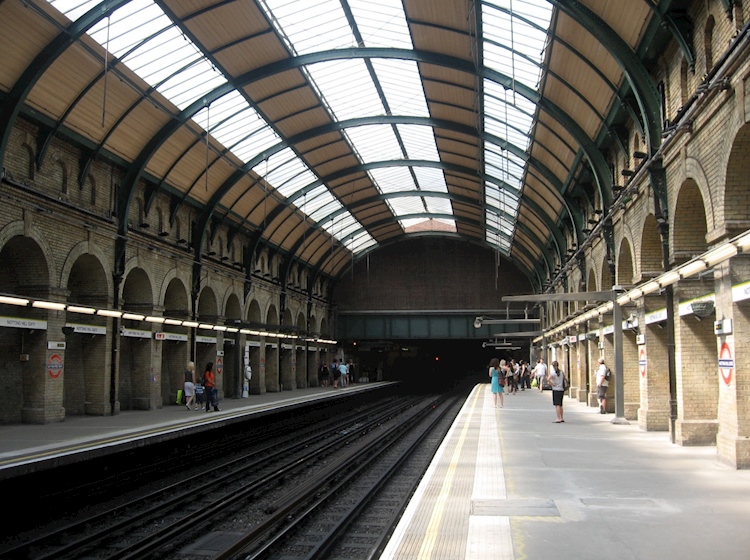 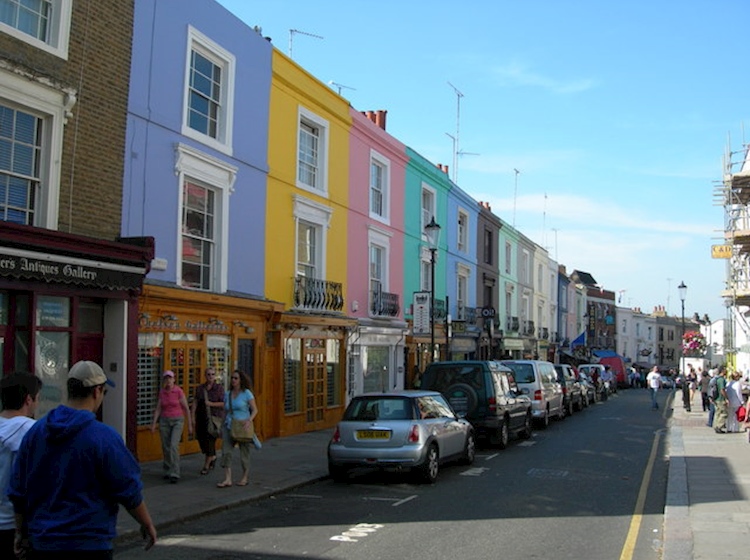