A brief history of Luton

Luton owes its existence to its situation. Just to the north of the town are the springs that give rise to the River Lea and, all around, are the chalk hills.  Over the years, the river has played an important part in the life of the town, not least in the powering of water mills that were recorded in the Domesday Book.  The Chiltern Hills have provided chalk for building and also flint for tools.  All is not lost in the past because the river and the hills are still wonderful places for children, and older folk too, to enjoy.

Many groups and tribes have disagreed over land ownership in years gone by and their stories make interesting reading.  Early in the first century AD the Romans arrived.  They were not a group to be trifled with and they brought with them a time of stability that lasted until the Saxons appeared on the scene. Artefacts left by the different invaders can be seen at the Stockwood Park museum.

There is evidence of Saxon settlements in Luton.  Alfred, king of the Saxons, was faced with opposition from the Vikings (Danish) who invaded from the east.  A pact was made in which England was divided (c.878) into two administrative areas: Wessex and the Danelaw.  The boundary went north from the River Thames until it met the River Lea.  It then followed the River Lea to its source and from there it took a straight line north to Bedford.  So Luton was cut in two.  It seems likely that the border was a peaceful one but an interesting one nevertheless.  Luton became a significant Saxon town, owned by the King, and a church was endowed.  The church is still an important part of the town today.

Although much of medieval Luton lies buried under the Arndale/Mall, the siting of two castles have been located and the Moat House (c.1370) is still open to all. Street names, Castle Street, Bridge Street and Mill Street still indicate the plan of the town.  There were markets and fairs and details of a religious fraternity, The Guild of the Holy Trinity have been published.

Markets and fairs continued into the life of Victorian Luton which remained a thriving market town.  A list of trades includes brewing and malting, important local industries. Thanks to the quality of local straw, the town had already begun to be an important hat-making centre.  (Still today, the Luton football team is known as the Hatters.) However, local people were looking to the future: the Gas and Coke Company and the Water Company were established.

Local leaders were afraid that the hat industry was a narrow base for prosperity in the town so they advertised nationally to invite other industries into the town.  This was very successful.  Hayward Tylers arrived in 1871; Laporte Chemicals in1898; Co-operative Cocoa and Chocolate Factory in1902; British Gelatine Works in1903; Commercial Cars in 1906; Davis Gas Stove in 1907; Kent’s in1908 and Skefko in1910.  But probably the most significant was Vauxhall Motors that came in 1905 and played a huge part in the life of the town.

Considering the importance of local industry, it is difficult to understand why Luton did not receive more bombing in the Second World War.  Skefko made ball bearings which were vital in manufacturing.  If you took the train from Luton to London , you would pass lines of Churchill tanks and Bedford trucks destined for the war effort.  Children on their way to school would have dodge between the convoys of vehicles.  Yes. Luton was bombed, particularly with a land mine in 1940 and a V2 rocket in 1944 but it could have been so much worse.  WW2 ended on a happy note but there was a notorious confrontation after WW1 when resentment against the local authority resulted in a riot which hit all the national headlines.

Probably because Luton had a reputation as a place with low unemployment, people have moved into the town.  Women and girls would come during the height of the hat-making season, swelling the population considerably.  When other industries, such as Vauxhall Motors, established themselves, workers came from other parts of England and also Wales and Scotland.  Irish labourers helped to build the M1 in the 1950s.  When travel became easier there were many who came here from the Indian subcontinent and the West Indies.  Then came the European Union and Luton welcomed new residents, for example from Poland. Luton in Harmony and the Council of Faiths are two examples of the work which is being done to ensure that Luton is a friendly place.  In spite of negative reports in the media, much has been achieved in this direction.

Luton in the twenty-first century is a hub for different kinds of travel.  Take the M1 that links the town with the rest of the country.  Take the train and you could reach St Pancras in about half an hour to join Eurostar and the rest of the world.  However, the ever-growing airport is now at the heart of the town’s prosperity.  Luton has a fascinating history but an interesting future as well. 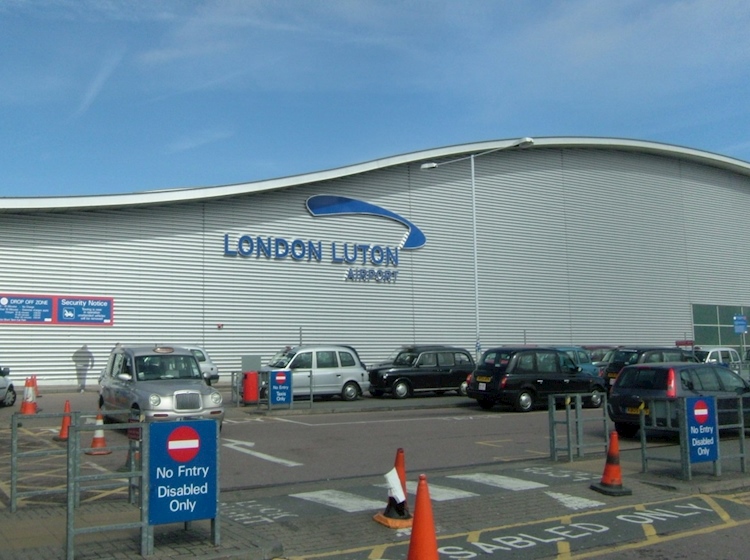 The Secrets of Q Central