A beginners guide to tracking

Mammal tracking, like many natural history subjects can be a daunting prospect mostly because it is difficult to find a starting point. This is true with regards to the identification of all forms of wild things. In any of these subject areas the first 10-20 species will be the hardest to learn because we have no database of features to compare and contrast with.

I like to use the analogy of trees, at first all trees just look, well…like trees! After we learn a few common ones we quickly become able to think, that looks like an Oak, but this is different or if was a beech it would have longer buds and so on. Our brains make connections between old and new knowledge with the old knowledge as a base, or in this case the first few species learned, providing the hook by which we can hang new information from.

It is exactly the same with tracks and some basic track identification knowledge, while initially hard to learn makes the addition of new information a relatively quick and easy bolt on. Think of it as a software update which installs the new information on the top of an existing operating system.

Rules of thumb are great places to start (sometimes quite literally), for example all rodents show five toes on the hind tracks and four in the front. Additionally, the hind tracks of all our smaller rodents, from squirrel sized down, present the central 3 toes in a row. Squirrel and rat hind feet can be confused but I find ‘my thumb’ will completely cover a rat hind track but not that of a squirrel. 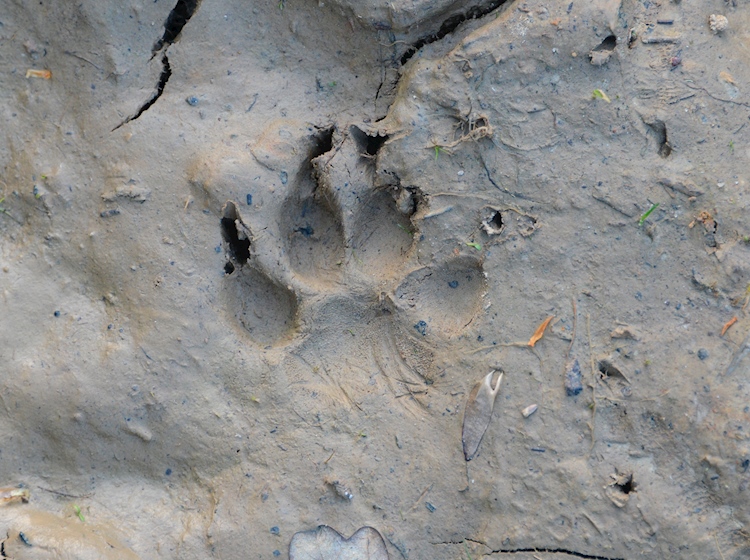 Cats show a very asymmetrical arrangement of toes which make the tracks look skewed, this is particularly true on the front tracks which are also usually rounder and bigger than the hinds. Asymmetrical tracks are often those of cats unless of course they belong to the group described below.

Many animals have five toes on both front and hind, but toe number one may be small, this equivalent of our thumb often doesn’t show in the track. However, this often makes the track look asymmetrical, with space ‘left’ for the missing toe (number one). This is very common with the weasel family and also why cats and otters, our biggest weasel, are often confused.

Once learned, these few bits of information together with similar commonalities for other groups and species of animals make the interpretation of tracks simpler and easier. Principles are important not only from a learning point of view but also because of the imperfect nature of tracks frequently encountered in the field.  It can be possible to identify a messy smudge of a track to species level because of the existence of one small triangular toe pad.