For most households the week before Christmas is a joyous one filled with happiness and anticipation, but it was rather different for one household on the western edge of Yorkshire in December 1848. Emily Jane Brontë died from tuberculosis on 19 December of that year, leaving just one novel, Wuthering Heights, and a collection of poetry to posterity.

That was more than enough, however, and today Emily Brontë is celebrated the world over as one of the greatest writers the world has ever seen. Emily is perhaps the most mysterious member of the literary family from Yorkshire that we all know and love, so let’s take a look at 10 things you didn’t know about Emily Brontë.

1.Emily Brontë was never in love

Wuthering Heights is the greatest book ever written, and one full of passion and love, if of a twisted and sometimes frightening kind. For someone who understood the varieties of love so well, it seems that Emily herself never knew romantic love. She was happiest in her own company, or with her beloved sister Anne. Anne Brontë was the love of Emily’s life, with family friend Ellen Nussey describing them as ‘like twins - inseparable companions, and in the very closest sympathy, which never had any interruption’.

A portrait of Emily painted by her brother Branwell

2. Emily Brontë was sometimes unable to speak in public

All the Brontë sisters could be shy, but Emily was the most reserved of them all. As a child, she and Anne would sometimes hide behind doors or under tables if visitors came to the Haworth Parsonage they called home. This continued into adulthood, so that sometimes when addressed Emily would remain silent, completely unable to answer them.

In common with many brilliant writers, spelling, grammar and punctuation were not Emily’s strong points. She and Anne wrote diary papers at regular intervals, and her earliest offering in November 1834 (when she was 16) lists ‘phesant’ for pheasant, and ‘kitchin’ for kitchen among other errors. Her later diary papers, however, show a marked improvement.

4. Emily Brontë was a brilliant pianist

Patrick Brontë bought a cabinet piano and paid for his daughters to have lessons, and whilst Anne liked to play and sing, it was Emily who soon excelled at the keyboard. Ellen Nussey described Emily as playing ‘with brilliance and precision’. She was so good that when she travelled to Brussels with Charlotte Brontë in 1842, to study at the city’s Pensionnat Heger school, she was soon given a post as a music teacher.

5. Emily Brontë once cauterised her own wound

Emily loved dogs, especially large dogs, and her huge mastiff Keeper was said to be so fierce that only she could control it. On one occasion, as revealed by Brontë biographer Elizabeth Gaskell, she was bitten by a rabid dog frothing at the mouth. Not wanting to worry others, Emily took a red hot poker from the fire and seared her own flesh to the bone to cauterise the wound. The incident is repeated in Charlotte Brontë’s novel Shirley, in which the character of Shirley is based upon Emily.

6. Emily Brontë was a domestic goddess

The Brontë sisters had an elderly housemaid called Tabby Aykroyd that they all loved, and who is the inspiration for Nellie Dean in Wuthering Heights. After an icy slip led to Tabby breaking her leg badly, it was Emily who volunteered to take on the domestic duties. Haworth stationer John Greenwood reported that her bread was the best the villagers had tasted.

7. Emily Brontë was writing a follow up to Wuthering Heights

If only there was a follow up to Wuthering Heights. Well, there nearly was. A letter from Emily’s publisher, Thomas Newby, of 15 February 1848 talks about Emily’s next work and advises her not to rush its completion. It is not known whether the work in progress was destroyed by Emily herself, or by Charlotte after Emily's death just ten months after Newby’s letter.

Anne and Emily Brontë in 'To Walk Invisible' on BBC1

8. Emily Brontë was a crack shot with a rifle

The 1830s and 1840s were dangerous times in Haworth, with civil unrest and Chartists on the march. Patrick Brontë kept a gun, but not trusting the wayward Branwell with it, he chose Emily to learn how to shoot. Emily loved her shooting practice, and soon became so proficient that she rarely missed the centre of the target. John Greenwood told how a proud Patrick would then say: ‘how cleverly you have done, my dear girl. Oh, she is a brave and noble girl! She is my right-hand, nay the very apple of my eye!’

9. Emily Brontë is to thank for the Brontë sisters’ books

By the autumn of 1845, the Brontë sisters were all in Haworth and at a low ebb, having failed in their attempts at work. It was then that Charlotte ‘accidentally’ discovered Emily’s hidden book of poetry. Charlotte knew about Emily’s poetry about Gondal (an imaginary land she wrote about), but these were altogether different – they were powerful poems about Emily’s innermost thoughts. After a huge argument, Emily was finally persuaded to send the poems to publishers with those of her sisters. The result, Poems by Currer, Ellis and Acton Bell, was the first Brontë book, and the rest is history.

10. Emily Brontë refused to be treated by a doctor when dying

Emily was stoical to the point of stubbornness. By late 1848 it was plain to all that she was dying of tuberculosis, as Branwell Brontë had done earlier that year, but she refused all medical assistance, calling it quackery (to be fair, it was – but Emily didn’t know that). She would not even admit she was ill, and insisted on carrying out her domestic duties. Only on 19 December did Emily, now blind and terribly emaciated, say that she would see a doctor. She died that afternoon, with Anne and Charlotte by her side. 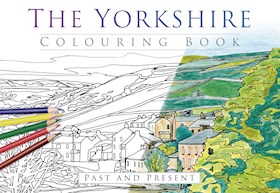