Britain’s black community played an important part in the First and Second World Wars. Here are 10 facts you might not have known.

During World War I King George V wanted to show the world a united empire in wartime so, in October 1915, the British West Indies Regiment (BWIR) was established as a separate black unit within the British Army. The BWIR accommodated growing numbers of volunteers from British Guiana and the islands of the Caribbean including Jamaica, St Lucia, Trinidad and Barbados. By the end of World War I sixteen soldiers from the BWIR had been decorated for their bravery but 185 had lost their lives and 697 were wounded. 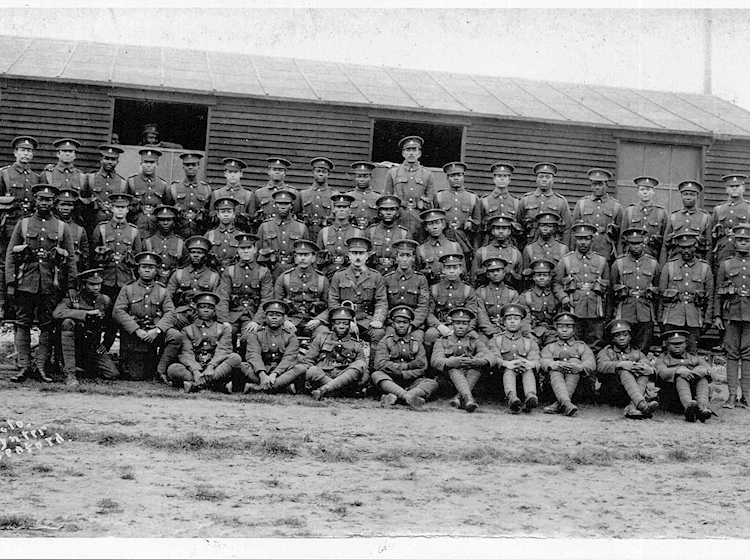 Jamaica’s Sergeant William Robinson Clarke became a pioneer of Britain’s Royal Flying Corps. He was one of the few black men to serve as a pilot in World War I. In 1917 he was wounded during combat with five German fighters.

In 1941 the celebrated Trinidadian cricketer Learie Constantine was employed by the Ministry of Labour to look after the interests of munitions workers from the West Indies. Learie worked tirelessly on behalf of the West Indian war workers. 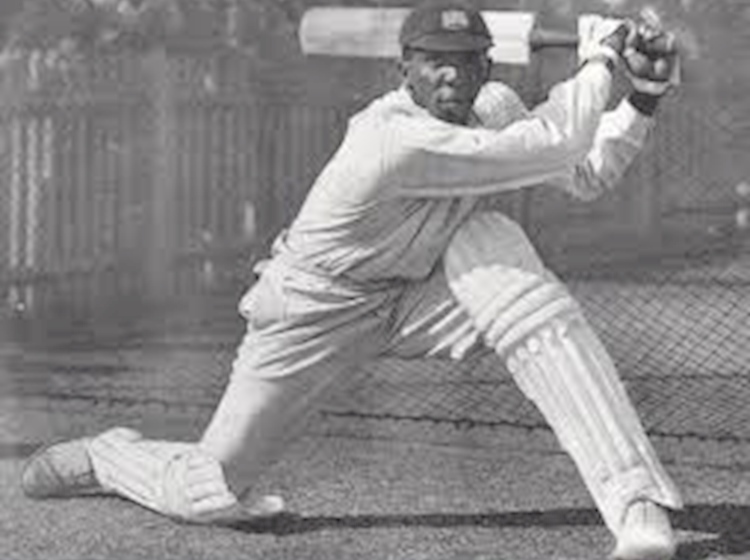 Constantine batting in Australia in 1930

Before the National Health Service was founded in 1948, many West African and West Indian women trained as nurses in British hospitals during World War II. These included Princess Ademola, daughter of the Alake of Abeokuta, the paramount chief in northern Nigeria. She was based at Guy’s Hospital in London.

In 1943 E.I. Ekpenyon published a pamphlet in which he described his experiences as an African air raid warden based in the St. Marylebone area of London.

In 1938 the Trinidadian George A. Roberts – who had served in World War I – joined the National Fire Service and served as a fireman during the London Blitz. In 2016 a Southwark Heritage Blue Plaque was unveiled outside his former home in Warner Road, Camberwell, London SE5.

In 1939, the internationally acclaimed jazz singer Adelaide Hall could have returned home to the safety of New York but she decided to stay in London with her Trinidadian husband and entertain the British public and the troops. She had a special uniform made by Madame Adele of Grosvenor Street.

In 1941, the Guyanese bandleader Ken ‘Snakehips’ Johnson was killed in an air raid during a performance at the Cafe de Paris in spite of the fact that it was advertised as the safest nightclub in London’s West End. Over thirty people lost their lives, and sixty others were seriously injured after a bomb smashed through the glass ceiling of the club.

In December 1940, when Manchester became the seventh most heavily bombed city in Britain, Len Johnson, known as the city’s ‘Uncrowned King of Boxing’, joined a civil defence heavy rescue squad and helped save folk who were trapped in their houses during air raids.

In 1945, Trinidad’s Ulric Cross, who served throughout World War II in the RAF, received the DSO and the DFC from King George VI at Buckingham Palace.

Discover more about WWI and WWII