10 things I love about Lincolnshire

In 2006, the second largest county in England officially celebrated Lincolnshire Day for the first time on October 1st - a date which marked the anniversary of the 1536 Lincolnshire Rising.

To commemorate this special day, local author Lucy Wood shares her love of the county and explains why she's proud to call it home.

1. I love being by the sea, and my home county is lucky to have the east coast at its disposal. It has it all; if bustling seaside resorts with amusement arcades and candy floss aplenty is your thing, you’ll find it. If the solitude of having miles and miles of golden, shimmering sands entirely to yourself floats your boat, yes, we have that too. Drive along the minor roads of our east coast and before long, you’ll come across worn, wooden signs pointing ‘To The Sea’. Take a chance and follow them, and who knows what adventure awaits.

2. Like elsewhere, Lincolnshire had scores of magnificent country estates and mansions to its name, and also lost them as wealthy families became less wealthy and taxes took their toll. Many were either demolished or left to ruin, but thankfully some have survived for us to enjoy today. One of my favourites in Lincolnshire is Gunby Hall, near Skegness. The former home of the influential Massingberd family is a wonderful insight into ‘how the other half lived’ and the grounds are my top one spot for a picnic on a glorious summer’s day.

3. It’s the proud home of the Red Arrows. We’re lucky enough to regularly witness the world-renowned RAF team rehearse above our heads. You’ll hear the roar of an engine, and look up to see a flash of red. Like many at professional displays, I’ve marvelled at their dexterity in the air, but seeing them unexpectedly really is something else. 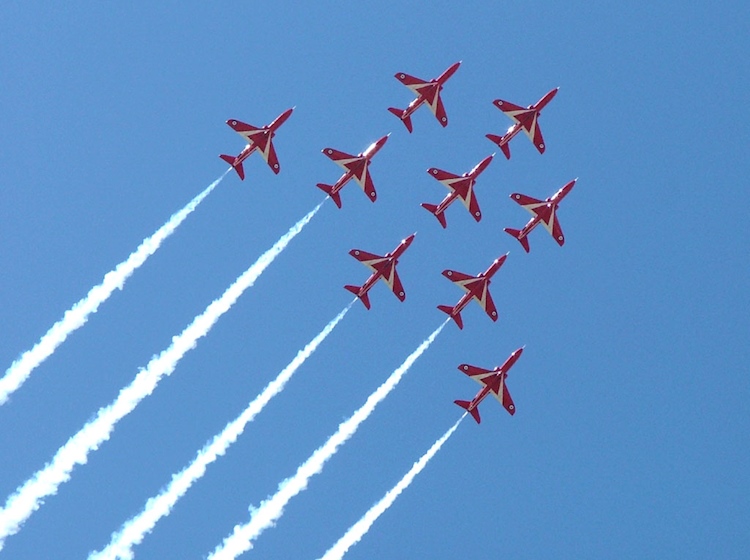 4. The Lincolnshire (or rather, Linkisheer) dialect is lyrical, unique and sometimes quite hard to get hold of! Here are a few examples: Blatherment, meaning nonsense; Hivy-Skivy, meaning confusion; Kedge-bellied, meaning a glutton who has eaten too much; and Yauping, meaning noisy or boisterous. You’ll find more examples in The Little Book of Lincolnshire.

5. We have some pretty eminent literary connections and, as an author, I find this particularly appealing. Novelist D H Lawrence was a keen Lincolnshire tourist; his Aunt Nellie kept a boarding house, called Sandlea, at Skegness. George Eliot began writing The Mill On The Floss while she stayed in Morton, while Enid Blyton’s ancestors were farmers here. Charles Dickens described Market Rasen as “the second sleepiest town in all England”.

6. I love how the county embraces the seasons. Winter turns the land hard, which, in turn, makes working life for many county folk that little bit less appetising. Agriculture is still a big player here; when the weather turns for the worse, that beauifully glittering frost and fresh sheets of snow can disguise much hard work. Winter makes way for spring with blossom bursts and birdsong, and summer wraps Lincolnshire in its warm glow of hazy days and stunning sunsets. Autumn, our current season, triggers blazes of reds, golds and oranges as the foiliage turns, turning the county into an artist’s canvas. 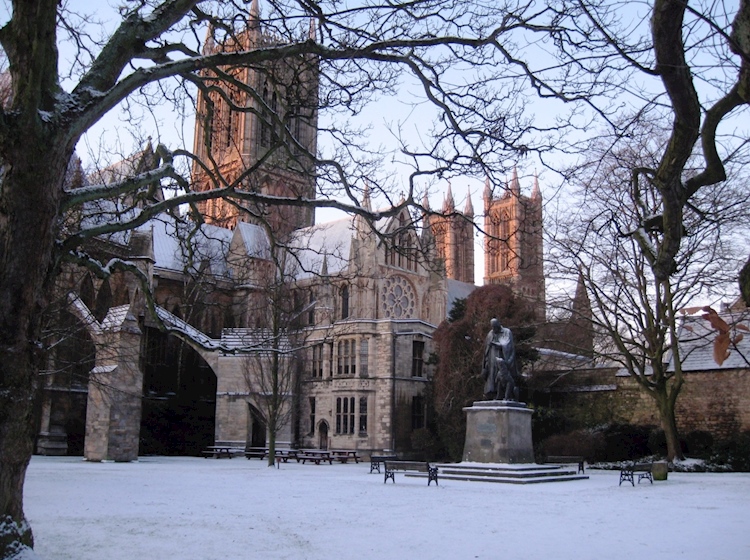 7. It’s a supernatural county. From waithes and boggins, to banshees, black ladies and poltergeists, it has it all - and some cracking stories to share around the fireside to boot. As we head towards Halloween, is there anything more spooky than the thought of encountering a headless bride at midnight in Scremby, or a demon hell-hound in Brigg? Maybe the sight of a spirit coach, driven by a coachman with his head in a box beside him, sends shivers down your spine… if so, avoid Ostler’s Lane, in Maidenwell!

8. A lovely natural phenomena occurs at the time of the spring and autumn equionoxes; a tidal wave travels along the River Trent. It’s known as the Aegir, the name given to it by Scandinavian settlers whose river god was called Oegir. I’ve seen it once, and it was quite a spectacle.

10. Lastly, it’s my home. For some folk, places are just where they live. For me, Lincolnshire is more than that; it’s my birthplace, where my family are, and where I’ve experienced some of the best times of my life. I lived in South Yorkshire for a while, but not for long - the county pulled me back in a loving embrace. It’s familiar, from its food to its landmarks and customs… and it’s mine. 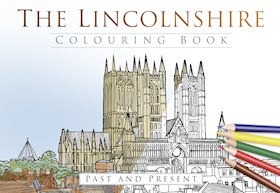 The Lincolnshire Colouring Book: Past and Present

The Little Book of Lincolnshire

The Story of Boston

The River Welland, Shipping and Mariners of Spalding

The A-Z of Curious Lincolnshire