10 facts about the first Irish railway

When the first Irish railway was opened in 1834, it did not go the whole way from Dublin (Westland Row) to Kingstown (Dún Laoghaire), but only to Salthill (now Salthill and Monkstown). It was originally intended to transport the Royal Mail and other goods that came into Kingstown Harbour to Dublin City.

In the first year there was only one station between the termini. Three years later the railway was extended to Kingstown (now Dún Laoghaire) as the Harbour Commissioners had changed their plans concerning the pier where the mail boat would come in.  There were also nine stations between the termini as the railway company had realized that transporting passengers led to a higher profit than transporting goods.

Opening of the Dublin & Kingstown railway from Westland Row in 1834 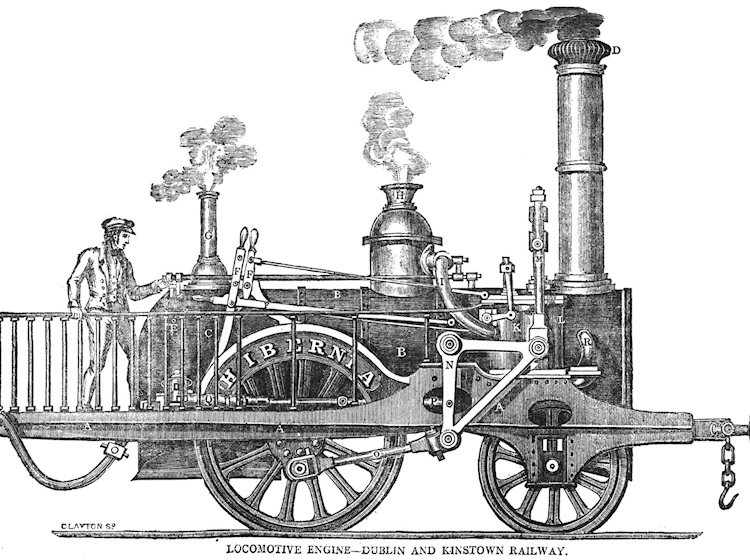 For the first fourteen years the railway ran on what now is called the international gauge of 1.435m (4ft8½in). It was only changed to the standard Irish gauge of 1.600m (5ft2in) in 1848, when the line was extended beyond Dalkey.

As the railway ran alongside (and at some points through) the sea, the rail operators decided to build baths at certain points. Among the many tickets on offer, combined tickets went on sale for both the rail journey and entrance to the sea bath.

Although not one of the sea baths on the original rail line, Dún Laoghaire (by William Murphy) is a good example of what they would have looked like

The first locomotives were surprisingly fast. There was one instance in 1835, when for political reasons an urgent message had to be conveyed from London to Dublin.  When this message arrived (by a relay of riders) at Holyhead, it was passed by signal flags to a waiting ship which, braving a storm, brought it across the Irish Sea.  As soon as the harbour was in sight the message was signalled again by flags.  A waiting locomotive then managed to convey the message on the stretch from Kingstown Harbour to Westland Row in the time of just nine minutes.  Today the shortest time for a non-stop train to cover this stretch is eleven minutes.

The ownership of the first Irish railway line has changed a couple of times and so have the names and abbreviations for this railway. The original Dublin & Kingstown Railway (D&KR) in 1848 was taken over by the Waterford, Wexford, Wicklow & Dublin Railway (WWW&DR) which in 1860 changed its name first to Dublin & Wicklow Railway (D&WR) and in 1906 to Dublin & South Eastern Railway (D&SER, or DSE). Dubliners translated the shorter version DSE as “Dublin Slow and Easy”.

Now the line is mainly used by the Dublin Area Rapid Transit (DART), but also by commuter trains from Bray and going on to Drogheda, as well as the intercity trains from Connolly Station to Rosslare Harbour.

There are nine bridges that run across the streets on the Dublin stretch of this railway line. Some of them still in their original position. One of them however, is so low that it since closed for automobiles and only pedestrians and cyclists are allowed to use it. There is just one street bridge over the tracks on the stretch of the first Irish railway.

All five original level crossings still exist to the great annoyance of many car drivers, who feel that nearly half the time of the day the streets are blocked by closed barriers! 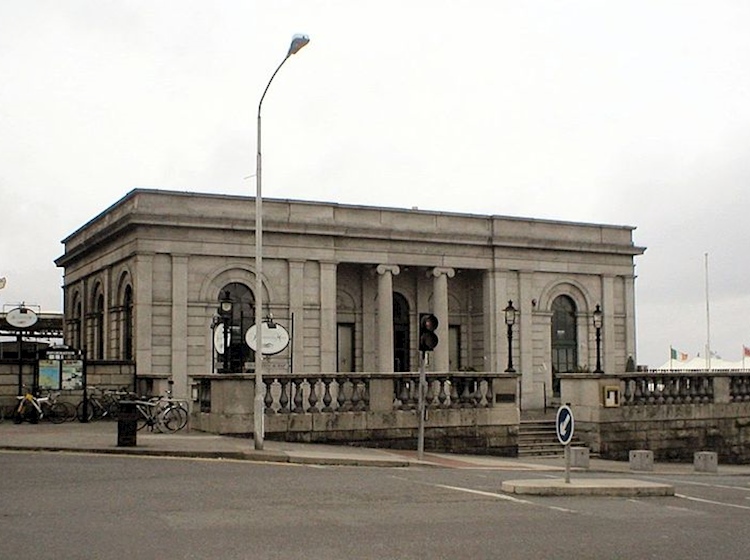 The Little Book of Bray and Enniskerry

The Little Book of Donegal

The Little Book of Westmeath